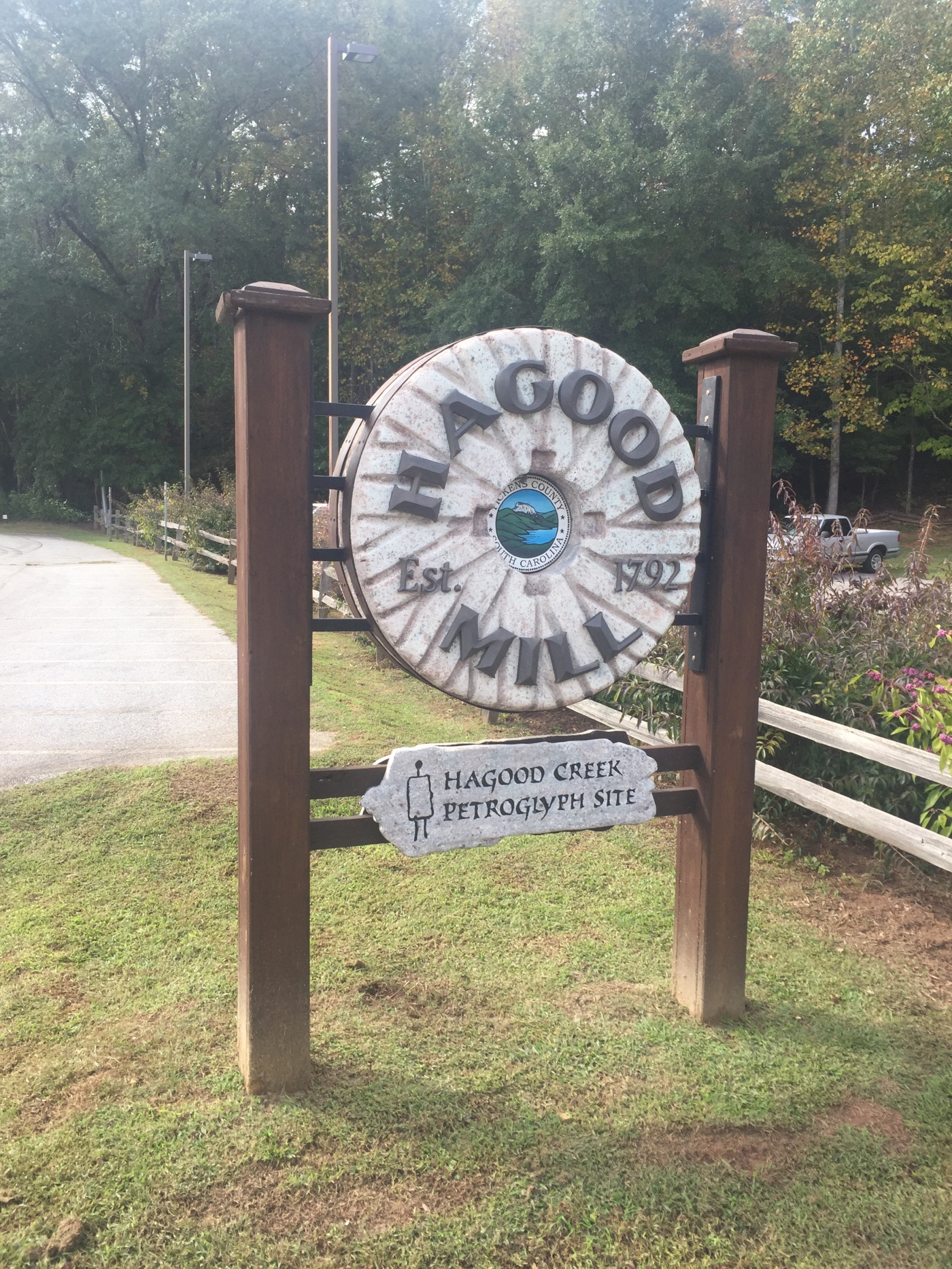 We spent part of this weekend in Pickens County SC. Mike met a guy named Billy at Saluda River Yacht Club that works for Pickens County and is the director of the Hagood Mill in Pickens. Billy invited Mike to this event, Then Mike saw him again at Fall For Greenville and they became fast friends.

Friday night we met him out at the Rock County Club Restaurant to listen to Greg Payne and Matt Parks play, after that he took Mike around to some of his local haunts.

The next day we went to The Hagood Mill’s Storytellers and Liars event. The Mill has a really cool working Grist Mill, it has a blacksmith shop, a moonshine still, an old cotton processor, a couple old cabins and my favorite, a petroglyph site. 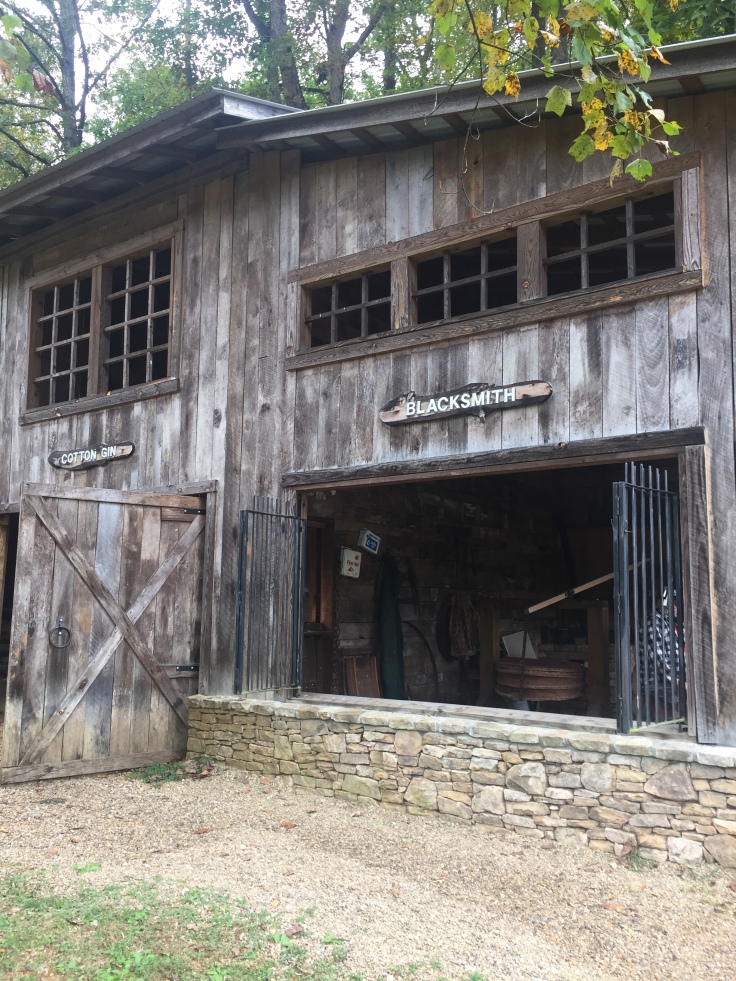 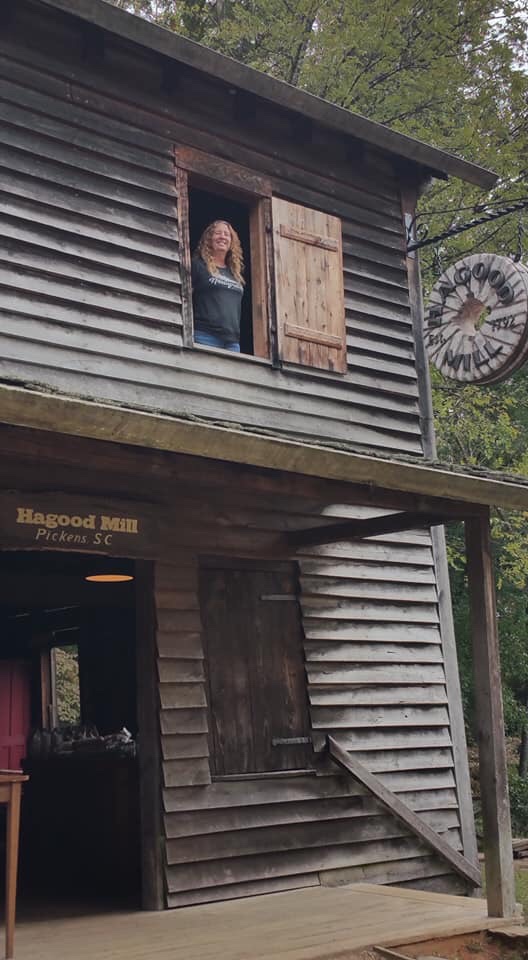 The large rock the petroglyphs are on was covered by a large building and lit by lights with a narration that goes with it. It was really great! 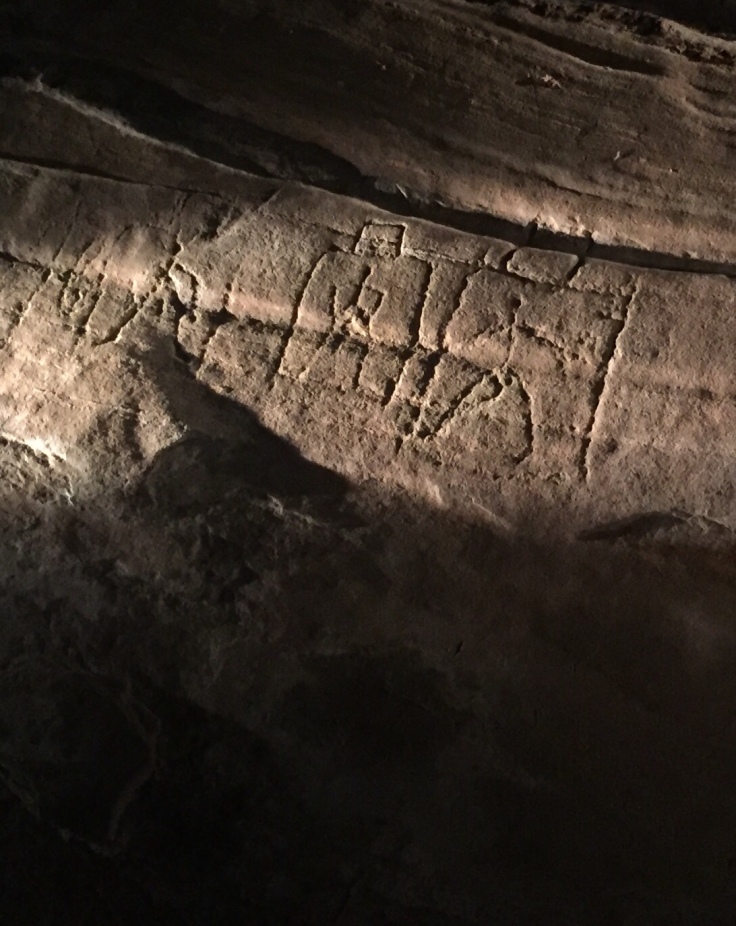 The Storytellers and Liars event was pretty cool.

The had 8 people from several different states each telling stories for 30 minutes. They were very entertaining. Then Michael Reno Harrell told his stories and sang some songs. If you don’t know who he is look him up. He was raised in the Appalachian mountains and is about 70 years old. He is a prolific storyteller and singer songwriter.

After he finished they had the Liars portion. They each had 7 minutes to tell their big lie story. The winner won money and bragging rights. They told great stories. Mike and I picked the winner. Then Michael Reno Harrell played another set.

When he finished we walked around a bit looked at the vendors, food trucks and displays while they had some more story tellers. They have an event the 3rd Saturday of every month. The November event is Native American Festival. Go check it out!

When we left the mill there was a sign on the road that Soapstone Church was having a fish and Ribs dinner so we followed the directions back towards Table Rock. It turned out to be a historic Black Appalachian Church in the town of Liberia whose decedents were slaves in the mountains of South Carolina. It had a historic cemetery they were giving tours of with headstones dating back in the 1800’s.

There is a book about it written by a professor at Clemson. The food was awesome! And so was the view.

After this we went to Bald Rock Heritage Preserve near Caesars Head. It was a huge monolith that was covered in Graffiti. The sign at the entrance says no graffiti! No one got the memo!

The views here were awesome. We could see downtown Charlotte from here. 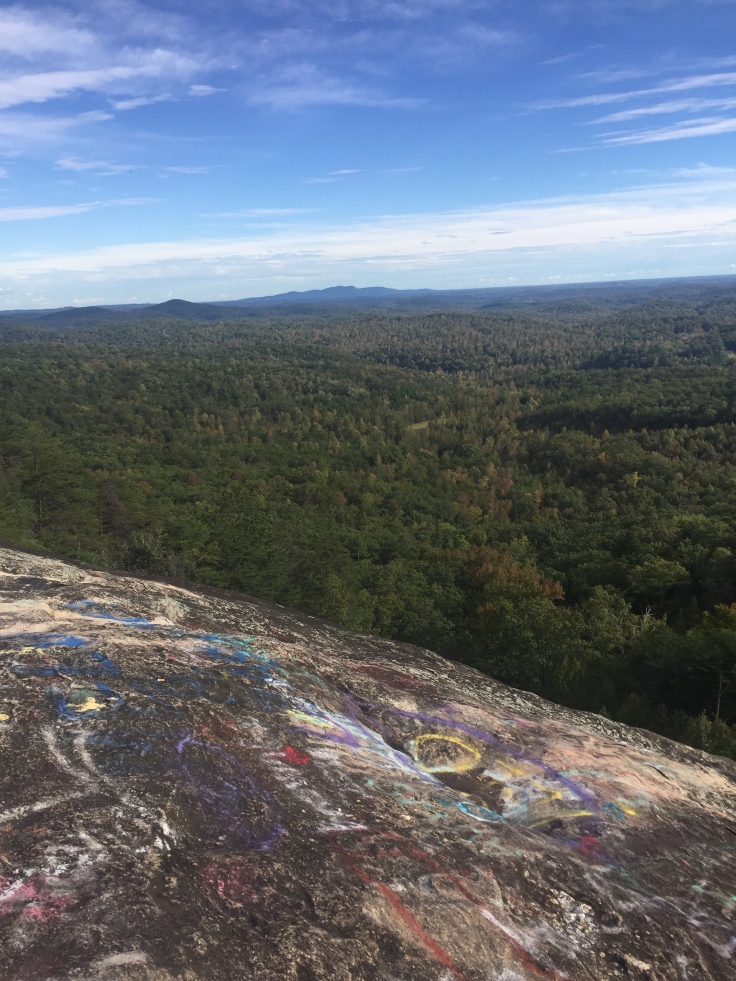 We had a fun 24 hours time to head home! I have a full day of hiking tomorrow.