Hiking is awesome. I love it and I crave it. I have what my kids call FOMO or fear of missing out. I’m envious when I miss a hike or if I see someone do a great hike I have to go.

I did the hike to daffodil flats in the Linville Gorge last year. It was pretty awesome. So I couldn’t miss it again. That being said all hikes in the gorge are hard but oh so rewarding.

The last 2 hikes Sherri and I have done have been nothing but elevation! The last one was 14 miles and was so difficult I almost wanted to give up hiking! But then it’s over, I survive then I do it again. 😳 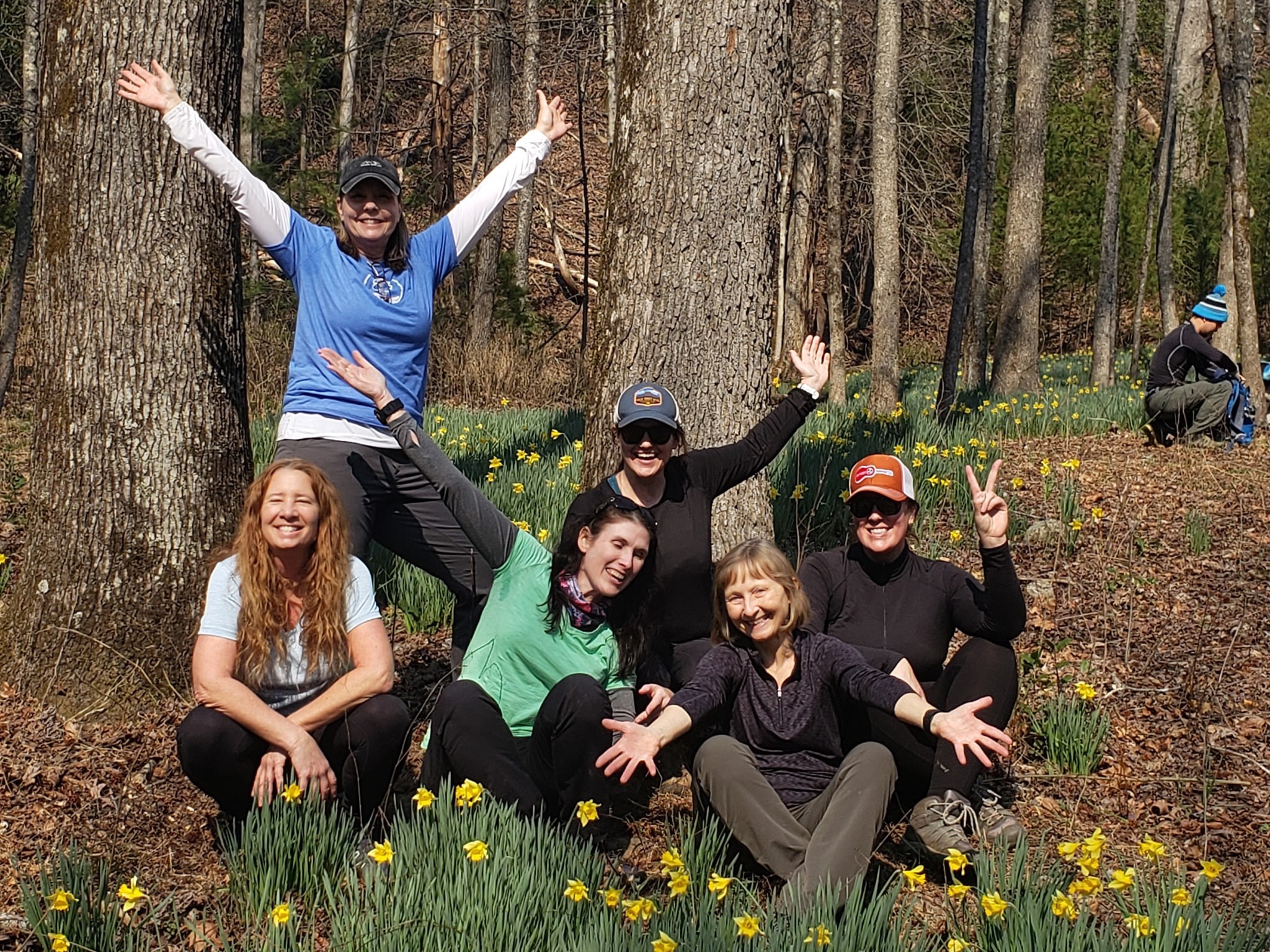 Like last year we parked at Fonta Flora where MS. Denise graciously let us park at her house. Daffodil flats is actually her grandparents homestead. They planted these flowers. This route goes along the river and kind of follows the river along the base Shortoff Mountain. This trail has great views of Shortoff which in my opinion is a grand site. 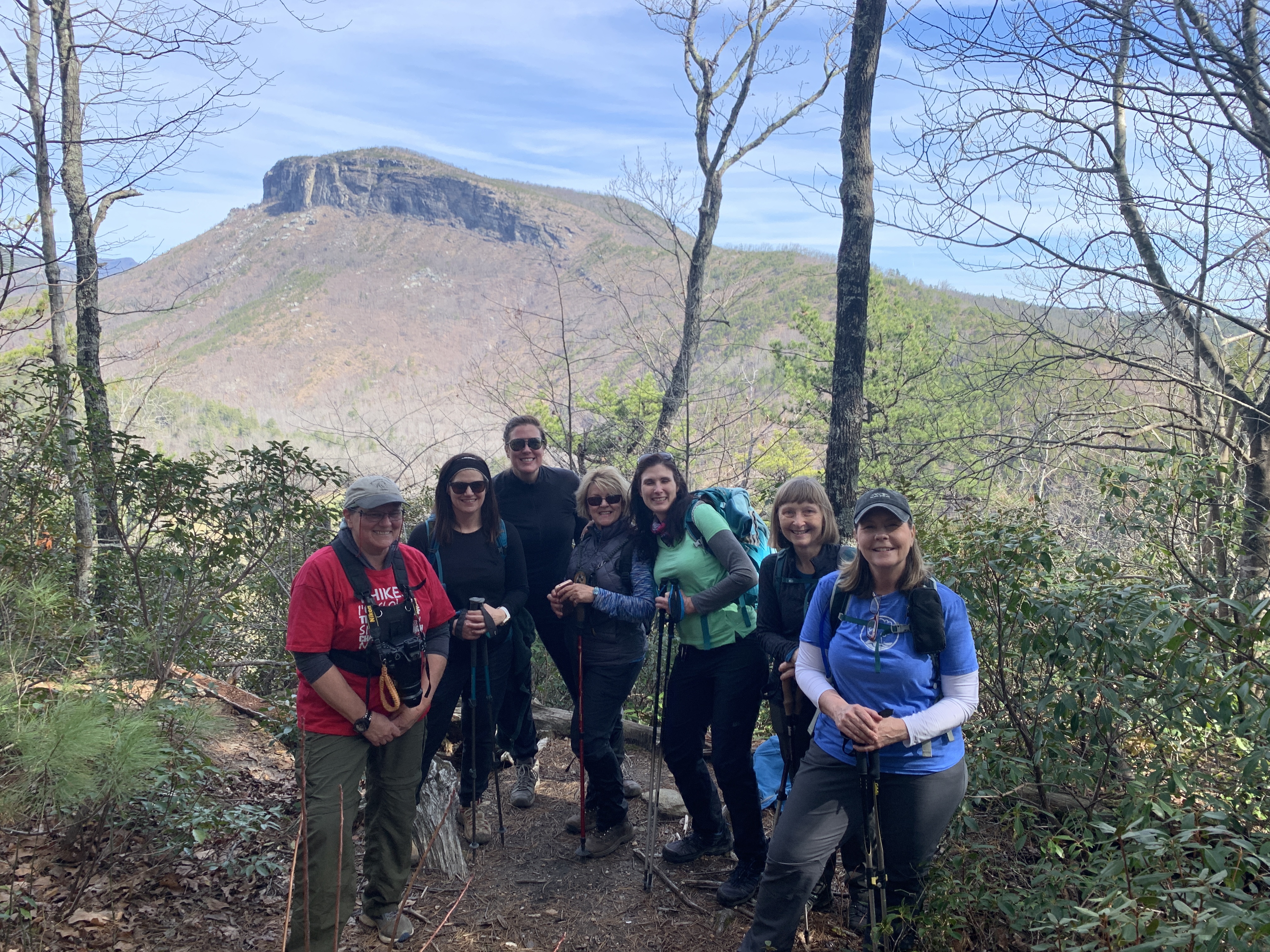 We went down The MST, Leadmine to the Linville Gorge Trail. We had a really great group of power women. We laughed a lot and had a great hike. There were some steep areas but all in all it’s not to bad this way. 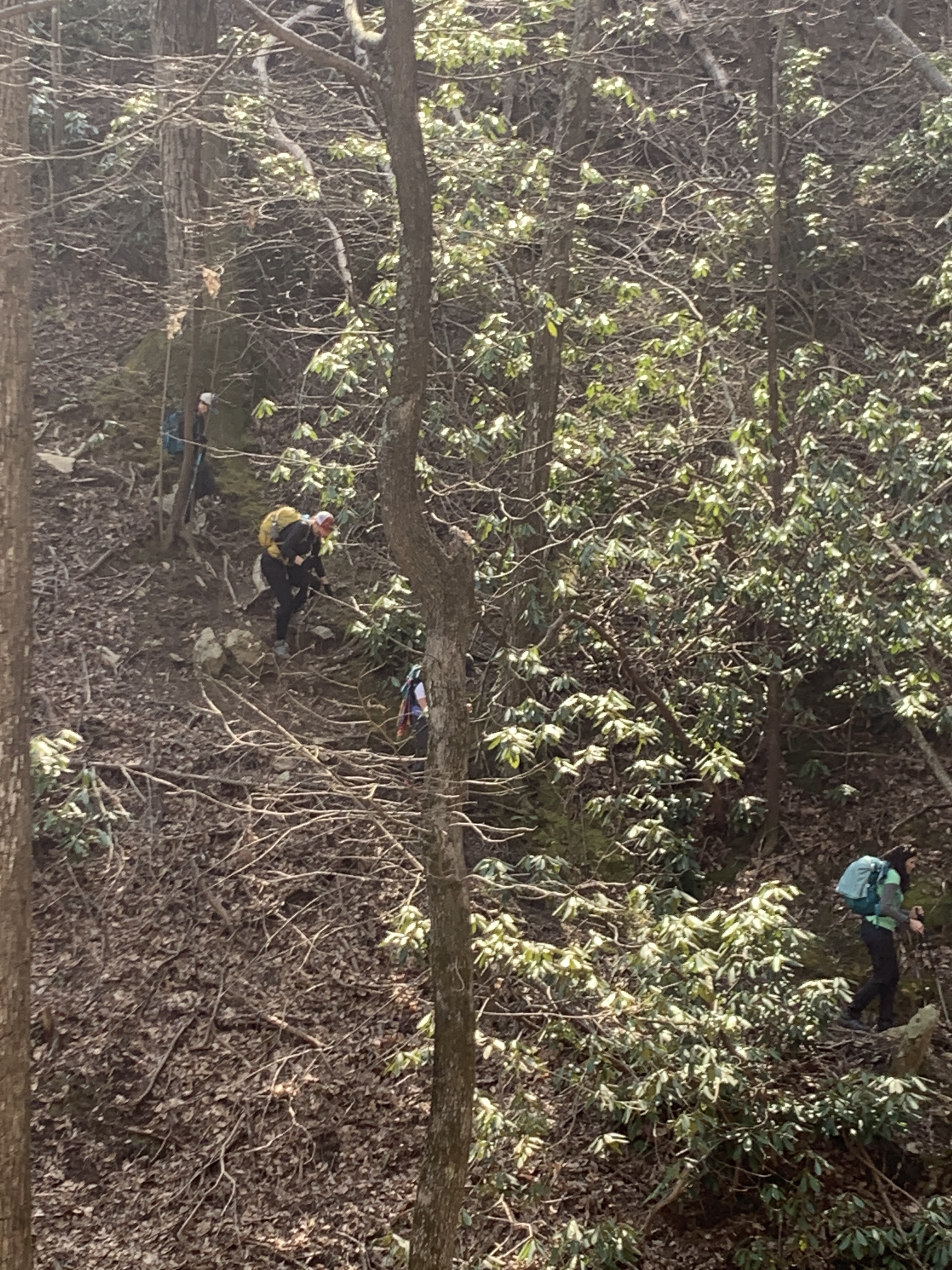 It was 3 miles to Daffodil flats. When we arrived there were some people there but amazingly not over crowded. We sat in the middle and had lunch, took a bunch of pics and saw people come and go then we were there alone with only one other couple!

The daffodils were not as spectacular as last year. I don’t know if it was to early or there was to much rain or what but it was still a pretty awesome thing. 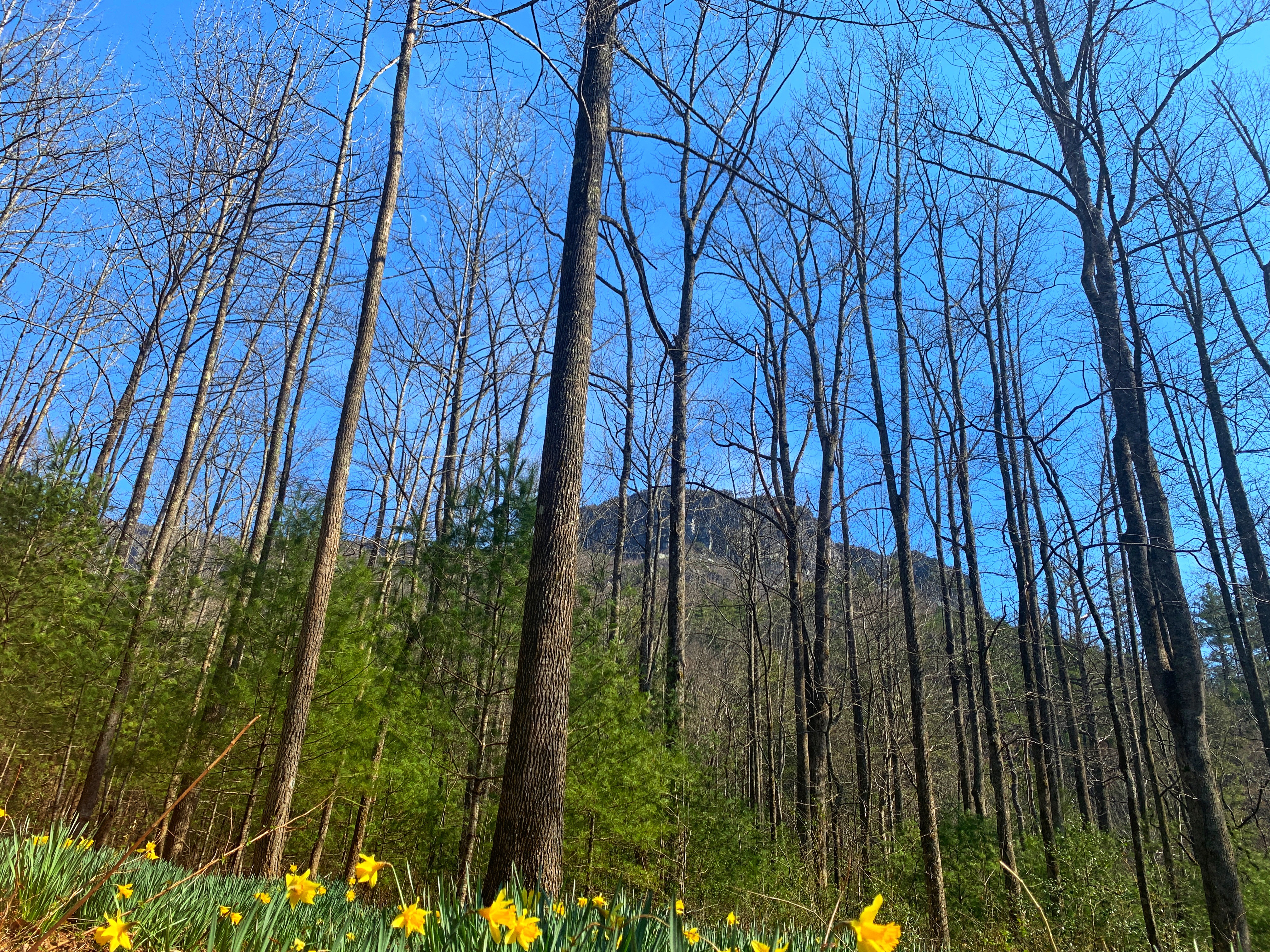 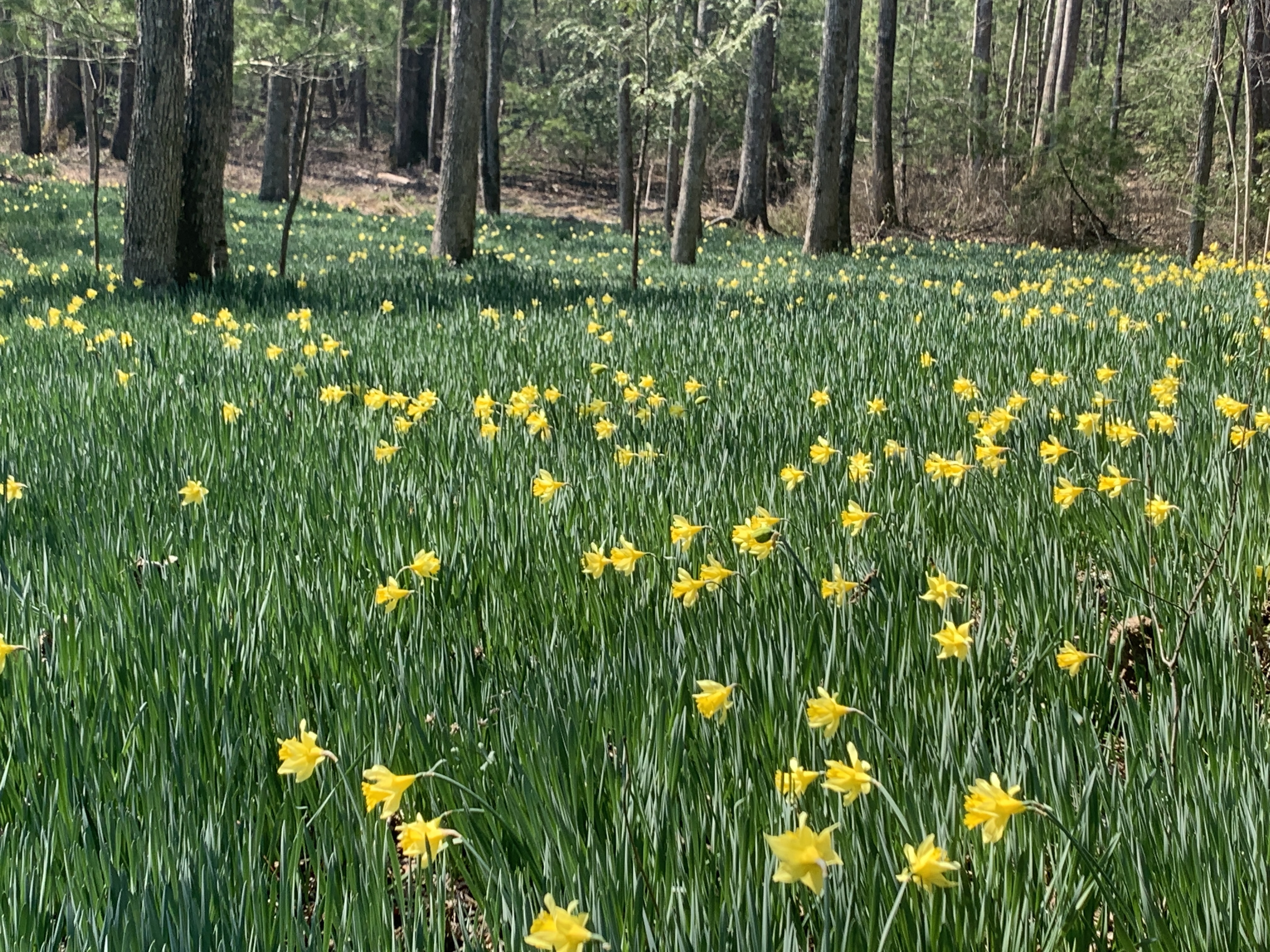 When it was time to go our crazy ass leader, I’ll call her Brandi 🤣 decides it’s would be “easier” to go up Unnamed Trail walk the road and come down Pinnacle to the MST rather than go back the way we came. 😳 And she said the views were better. Now I went that way last year and should of known better but I’m such a follower I didn’t spend any brainpower on it! I don’t think anyone did. Andi, Kristen snd Sherri had no idea but she sure sounded like she knew what she was talking about so we blindly followed her. 🤦‍♀️

If you never heard of unnamed it is a one mile trail with 1500 ft elevation. It’s so steep at the top there is a rope to help you get up! Now some of us (Cathy, Brandi, Kristin, Andi and Sherri) did much better than others (me). They all managed without one swear word. Not one. What’s is up with that? 🤔 😁

According to the recoded track it took 54 min to go up 1 mile!!! 1312 ft elevation. We made it up! In fact I believe Cathy was the first one up this year and last year. She kicks butt. This was the view from that trail. 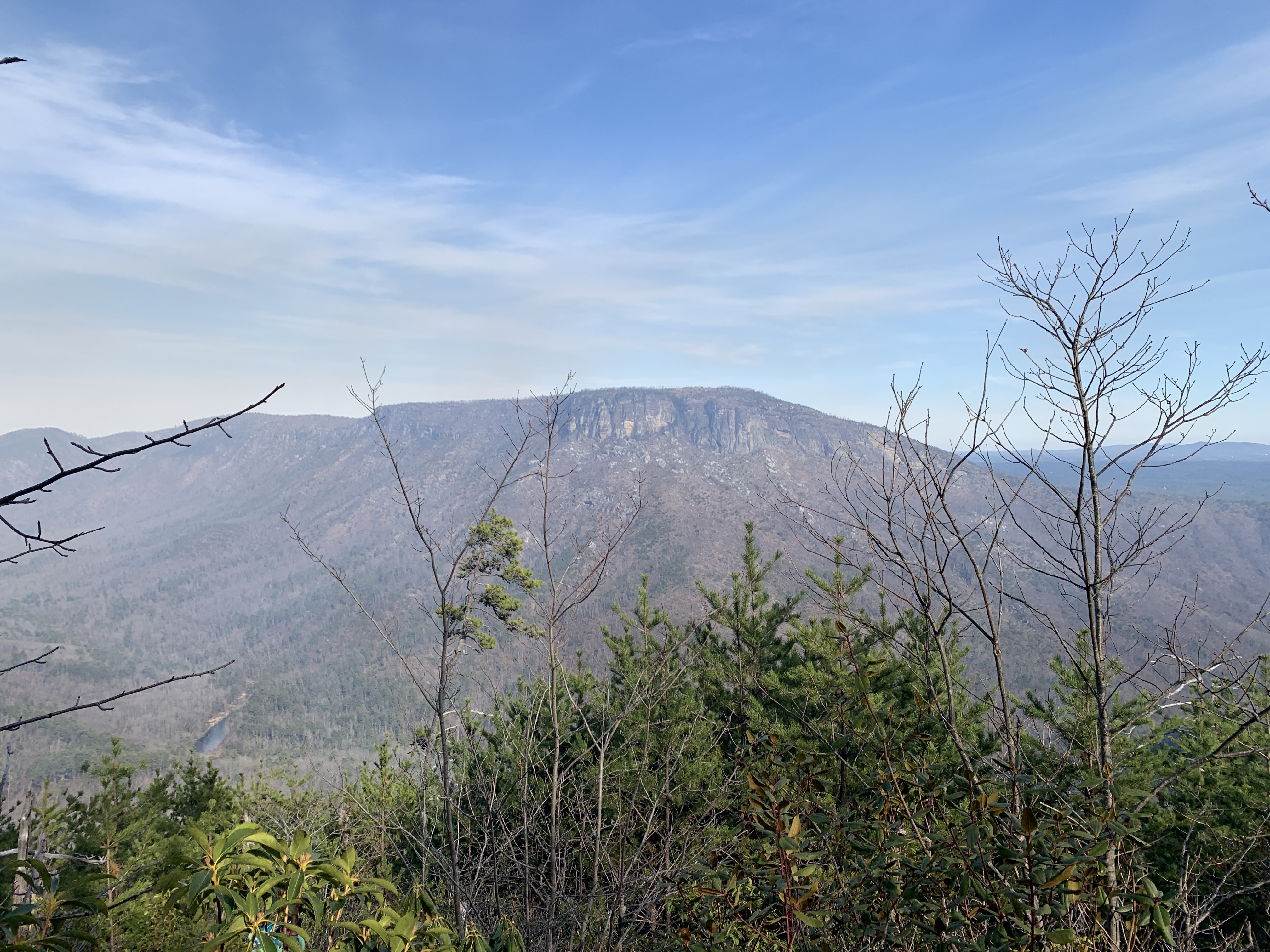 Then we walked 105 to the Pinnacle To the MST. I think most people park her and hike down to the daffodils.

I was to tired and it was getting late so I didn’t get to climb up on the Pinnacle. The forest service was doing a controlled burn the whole way. From Here the view of the burn was pretty awesome. 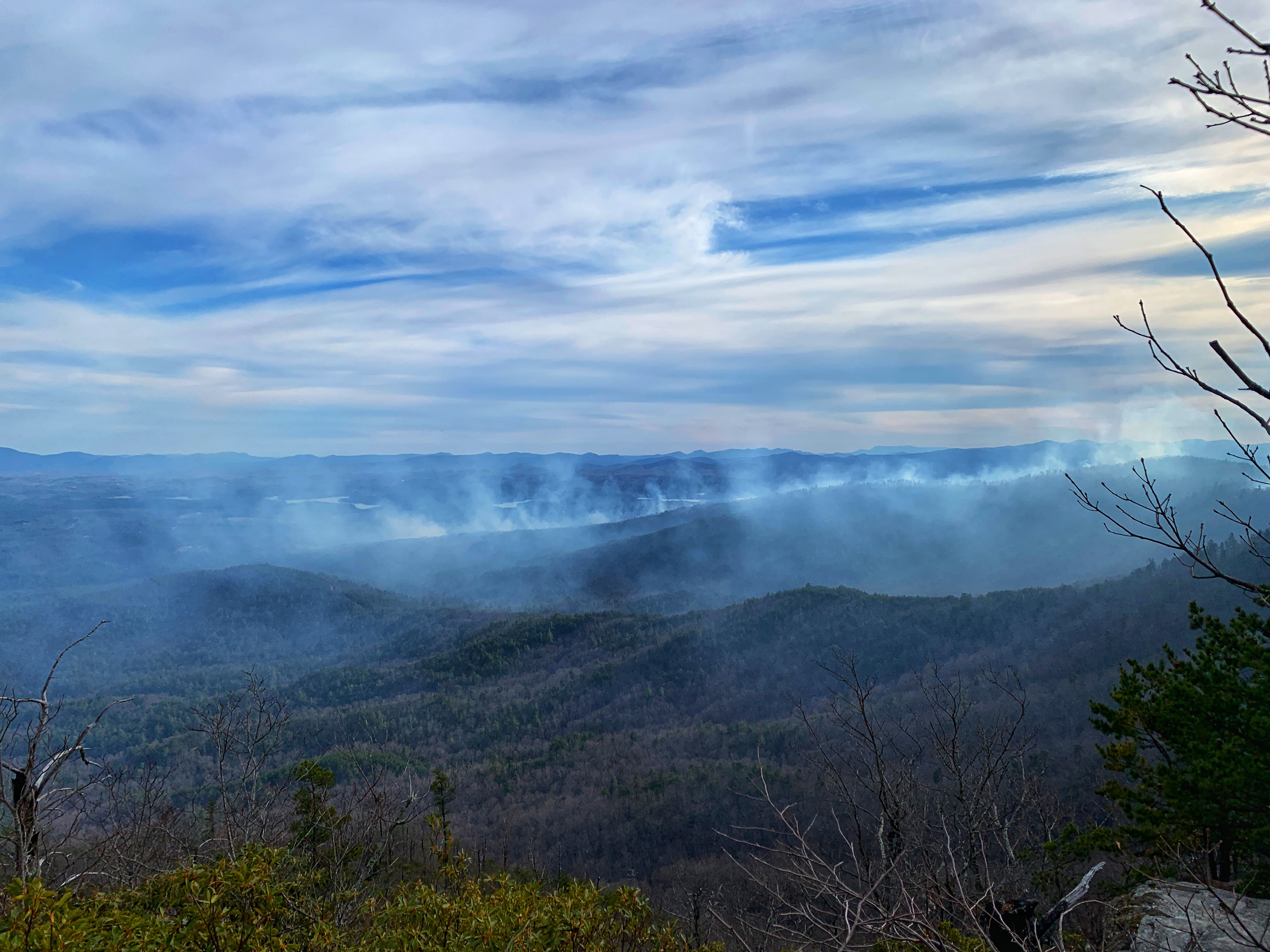 This trail was basically a 1.1 mile 1300 ft decent back to where Leadmine meets the MST. Then it’s 2 miles back to Denise’s.

Sherri and I were in the back of the pack coming down. When we met at the turn at the bottom Sherri’s eyes were shooting daggers at Brandi! 😁 She was like we went up a mile to go back down a mile? Why? It just didn’t compute.😳

I’ve hiked a lot with Brandi and NONE of them have ever been easy! I don’t think I mentioned that to Sherri? 🤔. My bad! 😬. That’s the reason I really love hiking with Brandi. Never an easy moment or dull moment. 😁 actually this was pretty tame compared to some!

Now if you look at this picture and imagine turning around at daffodils instead of climbing that hill you will get where I’m coming from! 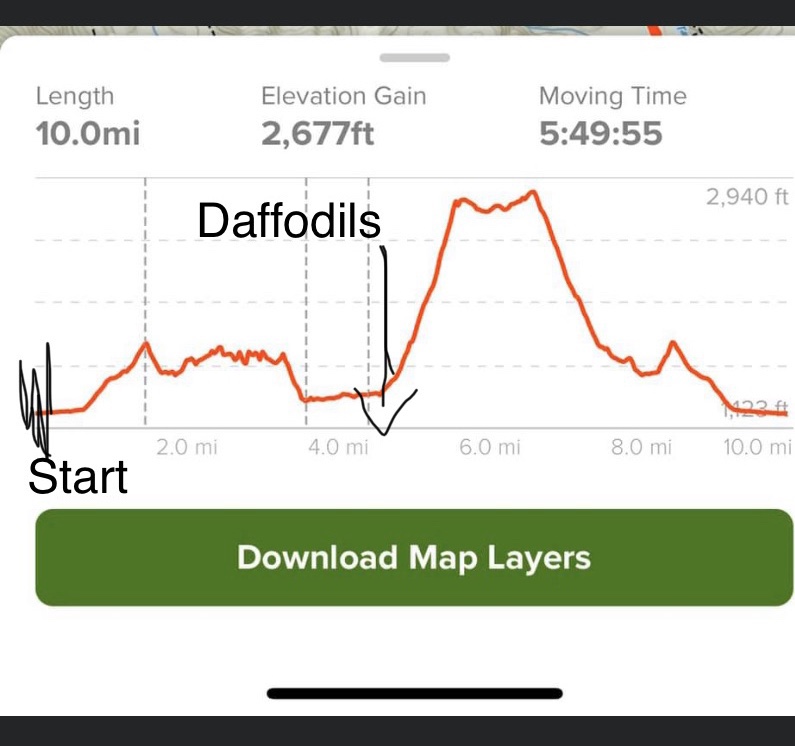 Shewy! That was a challenging 10 mile hike!

Accomplishing a crazy hike like that is really pretty awesome. Especially with a great group like this.

Sherri wasn’t really mad at Brandi. I think she was pretty pleased with the strength we all had to Mozy up that great bill hill!

I’m thinking my next hike is gonna be missing a little thing called elevation!