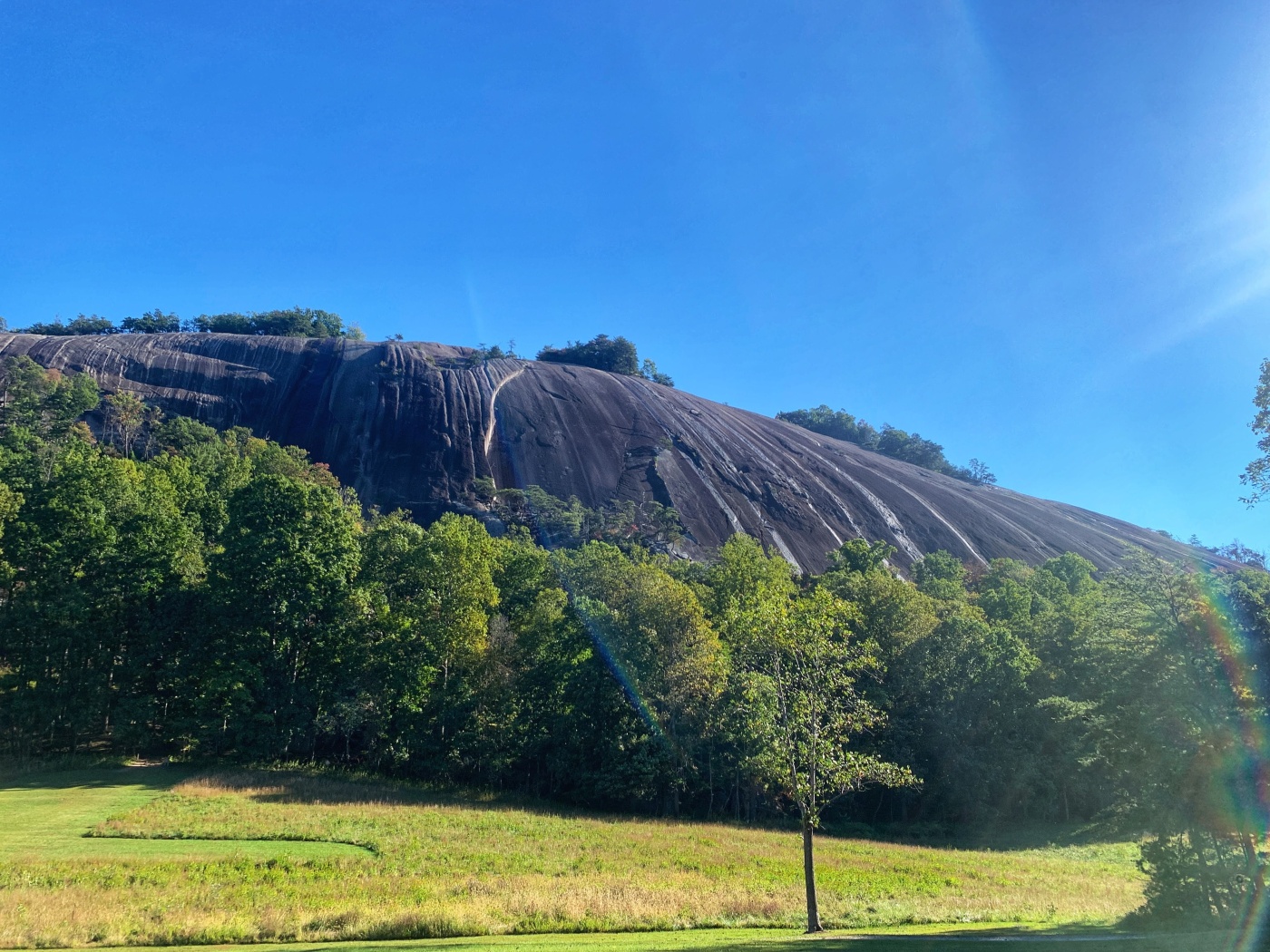 It is a Sunday and we wanted to hike but not go to far so I asked Sherri if she would go to Stone Mountain NC with me to get two waterfalls I missed and one on the Blue Ridge Parkway. So that was the plan.

At Stone Mountain one of the best sites is always from the bottom. I don’t think I could get tired of looking at it.

At Stone Mountain I missed the lower and middle falls. We parked at the bottom end and started up the trail. When it turns off to go to the falls we went right. At a creek crossing it was right to Lower Falls and straight to Middle Falls. I did not plan on getting wet today. The creek was to high to rock hop so wet feet it is! We went to lower falls first.

We turned back then went straight up the trail to the Middle Falls. It was a little farther than I thought and it was not much of a waterfall.

We headed back to the car to go to the blue ridge parkway. We drove to the parkway. There is a waterfall at Mile Marker 232.5 there is a view of a very tall waterfall way off in the distance. It isn’t noticeable unless you are looking for it.

From here we decided to go to Doughton Park. The only trail we haven’t done leaves from here. I have also never been to the Wildcat Rock overlook that overlooks Caudill Cabin. It was in a really cool spot. We stopped and their is a stone overlook, also an old lodge nearby and across the street is a restaurant and gift shop. I read they raised money to open the restaurant and it just opened in May. I couldn’t find anything on plans for this cool lodge with the beautiful view.

We wandered around a bit and talked about doing that 7 mile trail that goes over that bald area in the picture above in a couple weeks. Some people told us to drive up the street to see water coming over the stone on the parkway. It was a picture on a calendar they just bought. We did and it was pretty impressive.

I had one more waterfall in the area. It was in Elkin and it was called Carter Falls. It is a newly created park. It has a loop path that goes to the river and around to the falls. We went to the lower one. Then we started following the river upstream. Its not deep and it went well for a while but we didn’t want to get wet again.

We turned around and took the trail to the waterfall. The view on the trail wasn’t all that great and there is a beaten path down with a rope. It was definatly not maintained but not difficult. I went down to get my pic. Not the most beautiful especially because the water is quite muddy.

We followed the path up to the parking lot. It didn’t feel like many but at the end we managed to get 7 miles of hiking in.