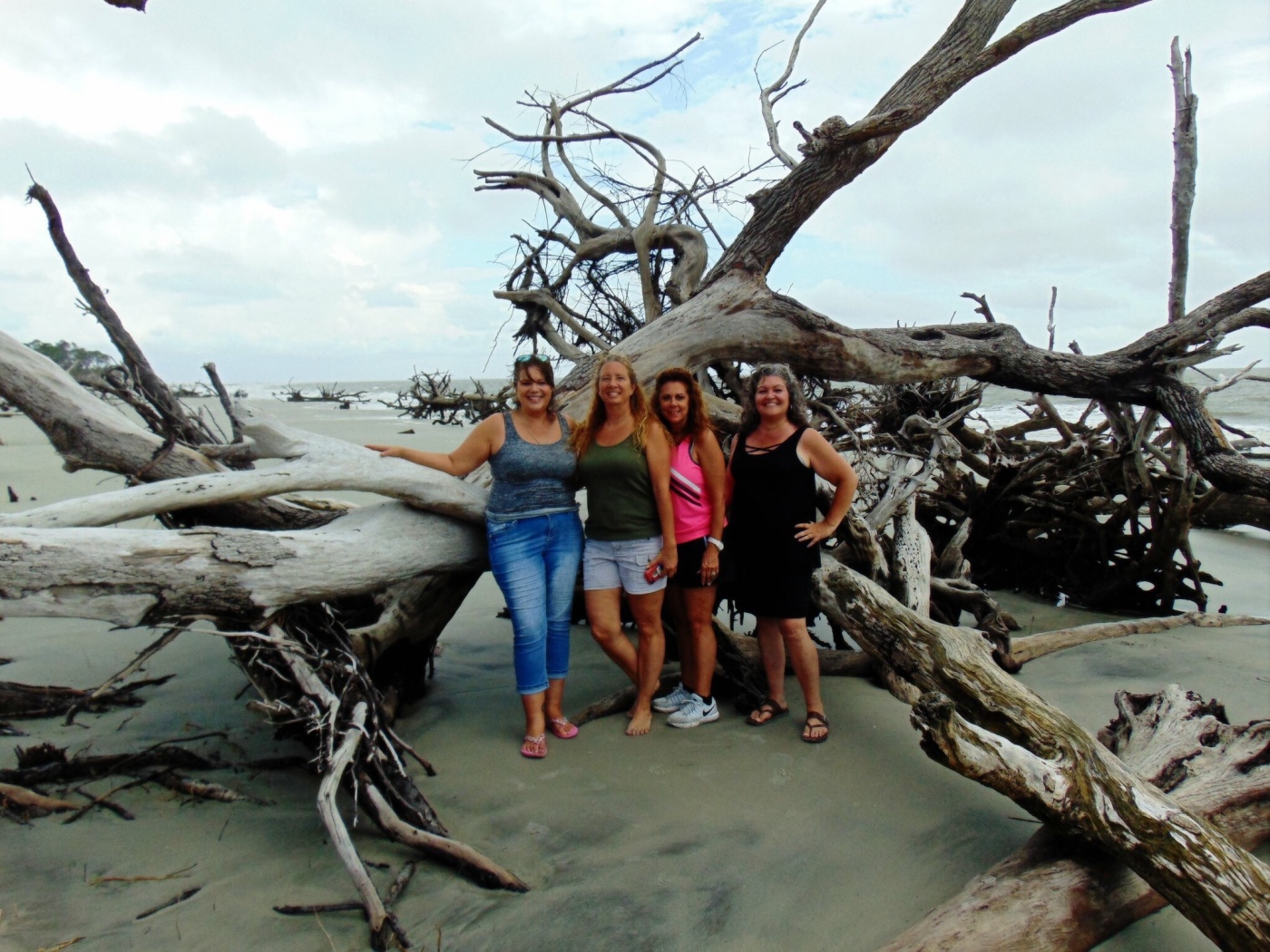 Dawn, Denise, Mary and I 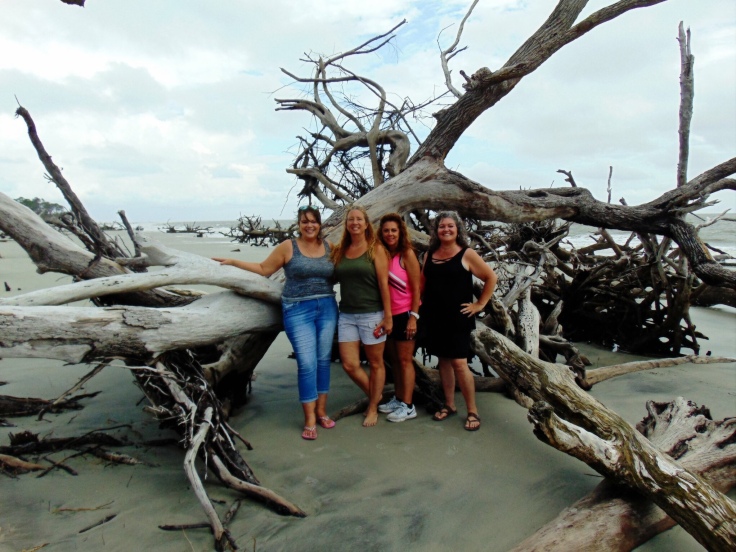 Dawn decided she was going to rent a place at a beach. She ended up at Harbor Island near St Helena island. These are barrier islands just south of Beaufort.

We are staying at a private community called Harbor Island. We are oceanfront but have a large protected area between us and the water but the view is awesome! We can see Edisto Island from the deck.

The grocery store is 13 miles away in Beaufort SC. We hit the grocery checked in and then practically lived on the screened in porch. So nice. We found an awesome radio station and cooked a shrimp boil. (No corn) we forgot it and it was 13 miles to corn! We sat talked listened to music and had some cocktails.

The next morning I got up so early. Made a spinach bacon quiche and went in a bike ride. I rode across the island checked out the views and came back. Riding a bike isn’t as easy as I remember! That seat hurt my butt!!!

Today we went to the beach. It’s actually the sound not the ocean. We went to the far end of the island where the water is closer to the houses. They sat in chairs and i laid on a blanket. We were getting pelted with sand. It was so windy. When I finally got up I had an 1/8 and inch of sand covering my arm neck and blanket. They said if they left me I’d be buried in no time. We decided to go to the pool.

Mary called said she would be there around 6. We told her to stop and get some ribs. I started the charcoal grill. That is so much harder in high winds! We made some ribs and a salad and left over shrimp boil. We had a great time sitting on the screen porch listening to music and having some drinks. The sunset/moonlight was beautiful!

I slept in Mary made bacon and eggs. After a bit we loaded up to go to Hunting Island. The first thing we did was the lighthouse. 162 steps to the top! It’s an actual working lighthouse. 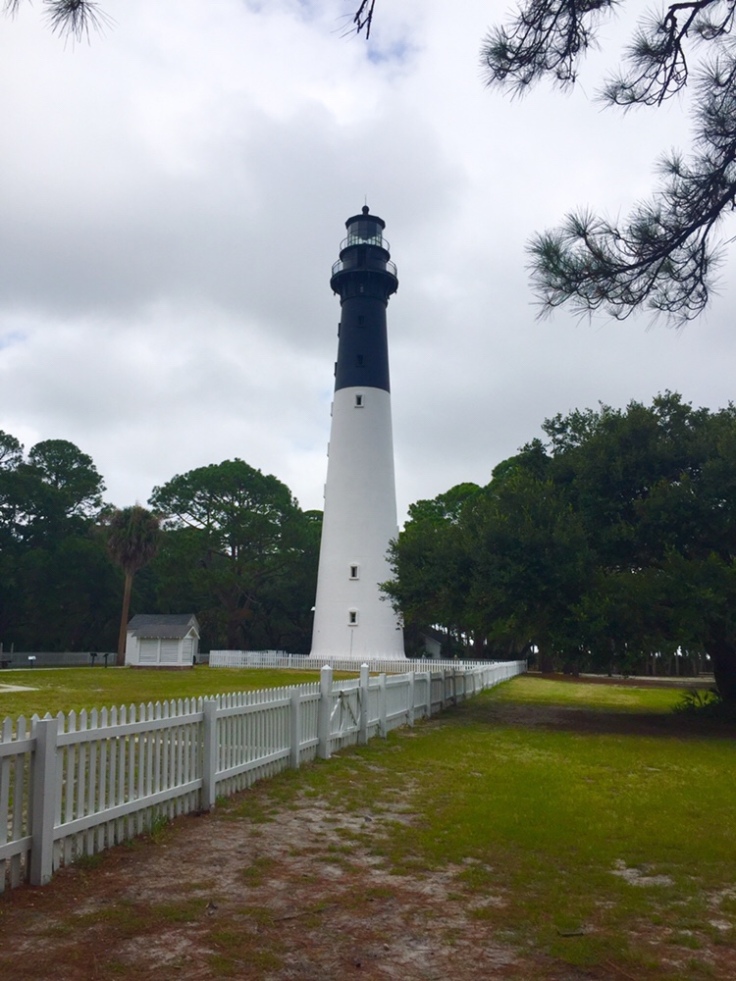 Denise couldn’t go up because of her foot. Here is a pic of her down below in the pink shirt.

Then we headed to the beach to a photographers dream! A stretch of the beach near the lighthouse is called the Boneyard. It is full of dead trees that were killed by the saltwater due to natural erosion. We spend a longtime walking around taking pictures. 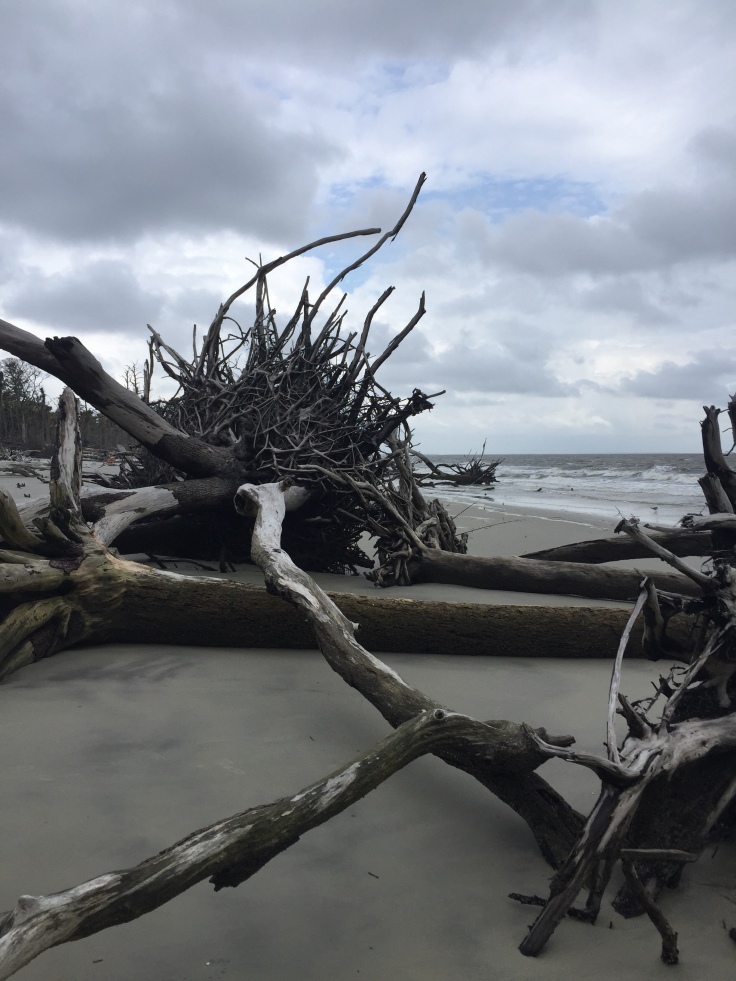 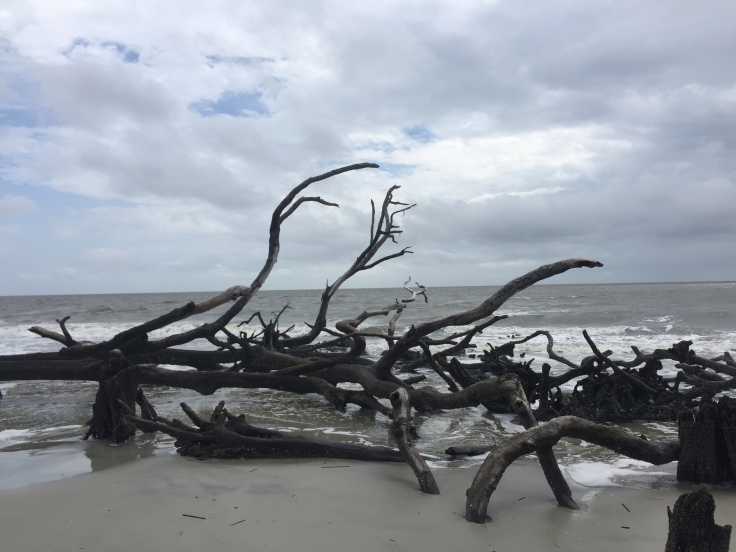 After the island we went decided to go to the Chapel of Ease. It’s an old church nearby with plenty of old grave markers. A chapel of ease is a small chapel built for people who could not get to the main church. This was built in 1740. These are all Mary’s beautiful pictures.

The rest of the evening we just sat on the screen porch listening to music and chilling. After dark we headed to the beach to see if we could find some turtles. Rule for the beach at night is no white lights. We found a flashlight with a red balloon over it. We found a couple of marked turtle nest but no turtles.

On the way home Mary wanted to go to Sheldon Church ruins in Yemassee SC. After we Checked out we followed Mary up the road to Sheldon Church. Denise Dawn and I were just chatting away and somehow Dawn followed another grey car into a neighborhood and down a dirt driveway to an old house. I said not to go in the driveway cause she is probably turning around but dawn went to pull up near here. Someone rolled the passenger window down partway and all we could see was a black lady’s eyes looking st us! We probably scared her and she was wondering who was following her. We said sorry backed up and headed back to find Mary. We laughed the whole way!

Sheldon Church was originally Prince William Parish Church which had its first service in 1747. It’s privately owned. These are Mary’s photos also. 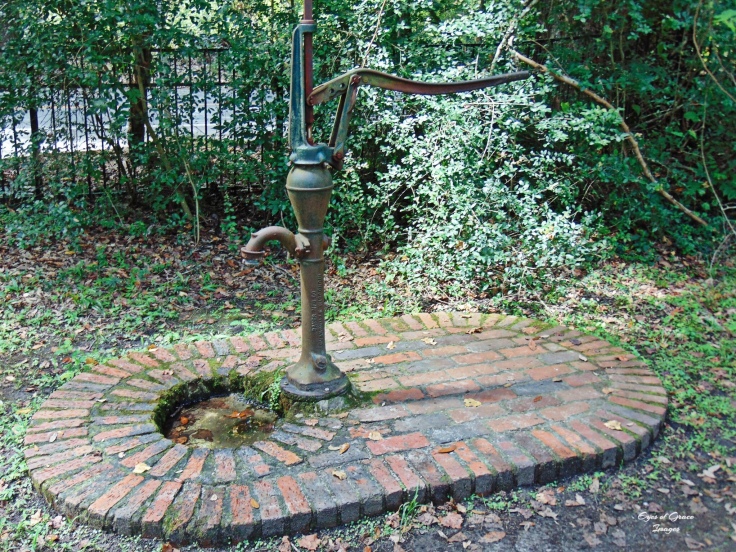 That was a great weekend!