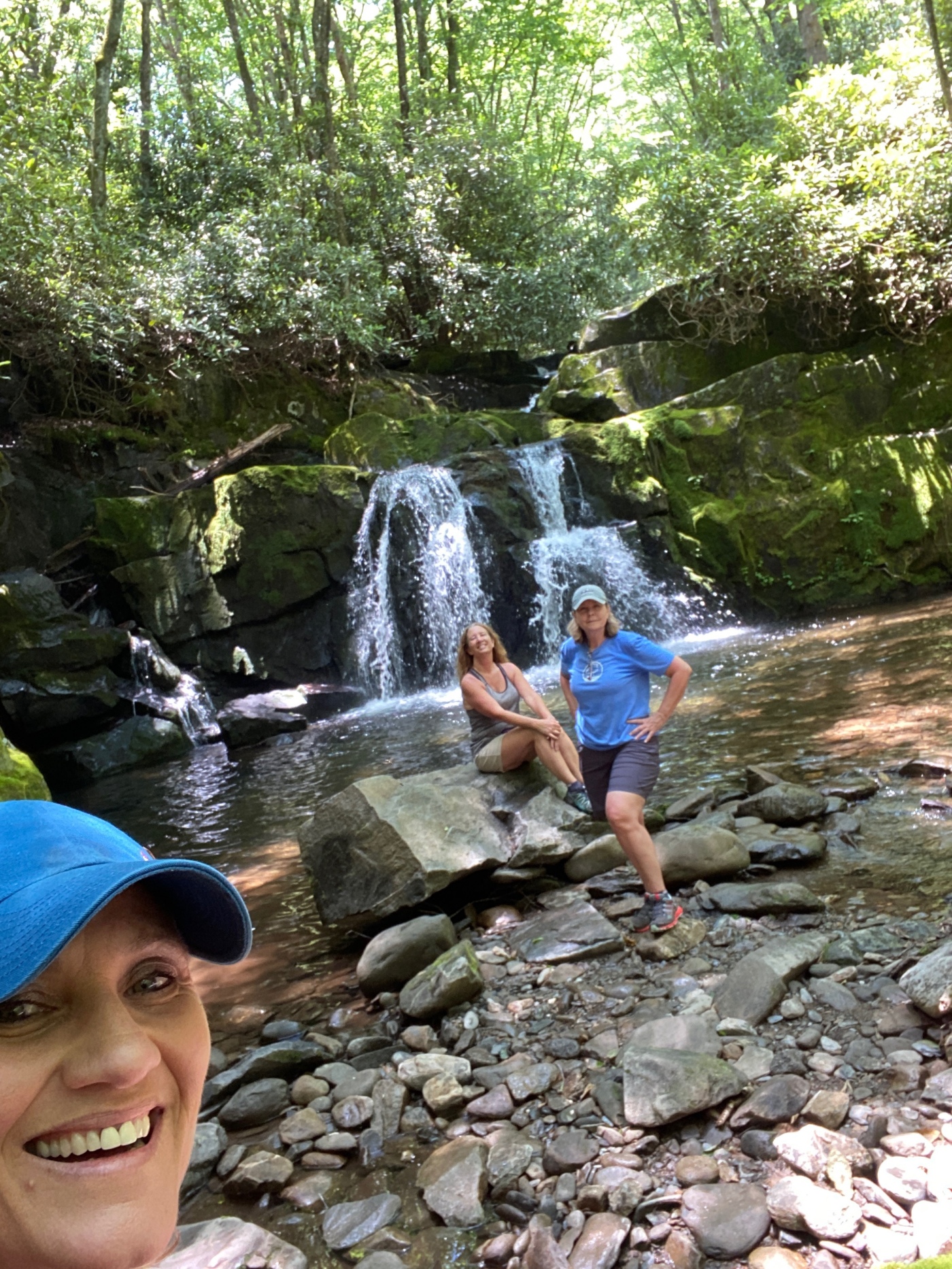 Day two we decided to do the Middle Prong Trail. It was way out past Cades Coce. On the way we passed New Found Gap, Mt. Leconte trailhead and the Chimneys. It is Saturday but especially at Mt. Leconte the cars were parked in the parking area and up and down the road on both sides at least a half a mile long! The most people I have ever seen out.

Our trailhead has a lot of cars also but thankfully it wasn’t that bad. The trail had people but not bumper to bumper.

After the 2nd falls there is an old footbridge. It’s not over any water now. Just after we passed it we met a guy coming down the trail from fishing. He stopped to let us know there were 3 bears about a half mile up the trail. We continued up the trail.

We found the side trail to an old car. Records show it to be a 1920’s Cadillac. Left here when it was a logging camp.

We had a snack here and continued up the trail. There was an old homestead off to the left. There wasn’t anything left except a chimney. Sure would be a nice spot right on the river.

We continued up the trail. We must have been quiet because just then Lisa spotted a bear. It was on the right side about 10 feet above us and about 10 foot away. He saw us to and came down to the next tree. We stopped and took a picture. When we did he hissed and lunges at the tree. We turned and ran about 10 feet and stopped. We know we’re not supposed to run. I think he didn’t want us there. I think other people walked past without noticing or upsetting it. After a few minutes we continued past it without any problems. That guy said 3 bears but we only saw one.

The trail was going upwards and had a series of switchbacks. Sherri found the side trail to Indian Flats Falls. I didn’t see it. We took it less than 1/4 mile to a really nice waterfall.

It was a 3 tiered falls. Lisa went down below and took a pic up to us.

We stayed awhile had lunch and headed back down the trail.

The walk down was uneventful. Of course we looked for the bear and it was long gone.

This is a nice pleasant trail. Most of it is a wide old railroad bed so except for some rocks it’s pretty easy. It turned out to be a 9 mile hike. Now to eat! We are heading to the Cherokee Casino for dinner!