After work Thursday we jumped in the car and headed to Timm’s Harley Davison in Anderson SC. It was bike night and Connor Christian and Southern Gothic were playing there. He played from 7-9. We used to go watch them play quite a bit. My fav song he does is November Rain by Guns and Roses. Most of their songs are originals.

We grabbed a hotel in Anderson and got a good sleep. Well I did! In the morning we headed to Mountain Rest SC to see a school friend named Joey. He moved out there 20 years ago. He lives out in the middle of no where (to me) but he has some property and a nice house, garage, band room on a pond. Real sweet setup.

We hung with him for a while then we were headed to Lee Falls on the other side of Oconee State Park. We invited him to come but said next time.

We drove to the trailhead which was probably only a couple miles from Joey’s as the crow flys but was 20 miles by road. He said there was a cell tower in between so we had internet. That’s always good when your hiking.

The trail starts off going through 3 fields of green. So cool. Whatever it was was planted in rows. 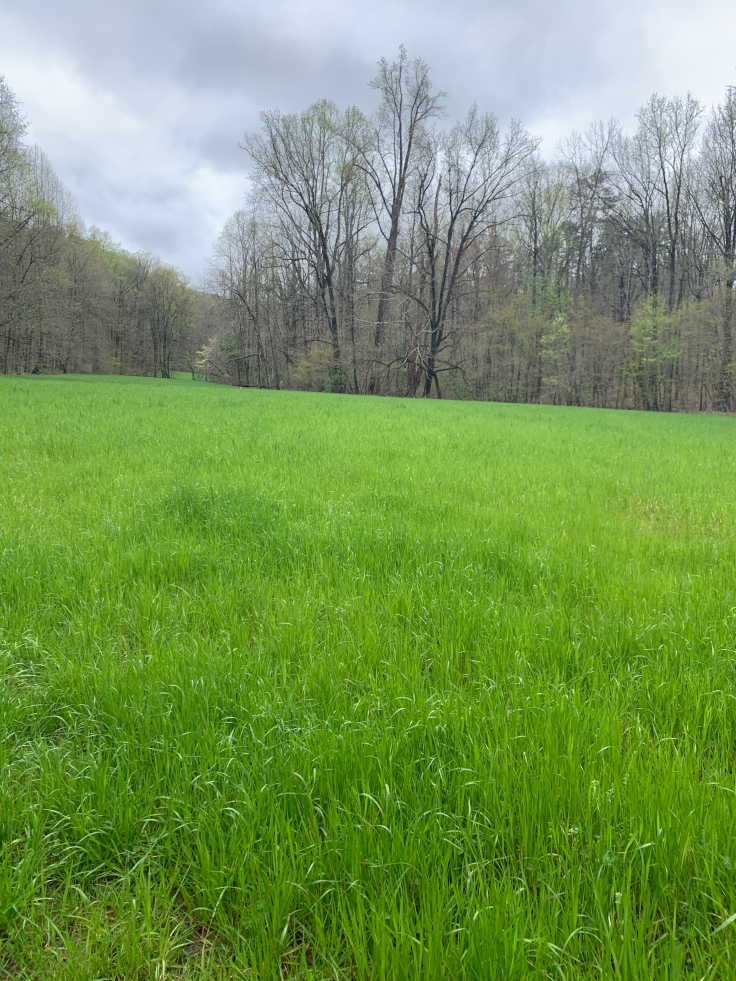 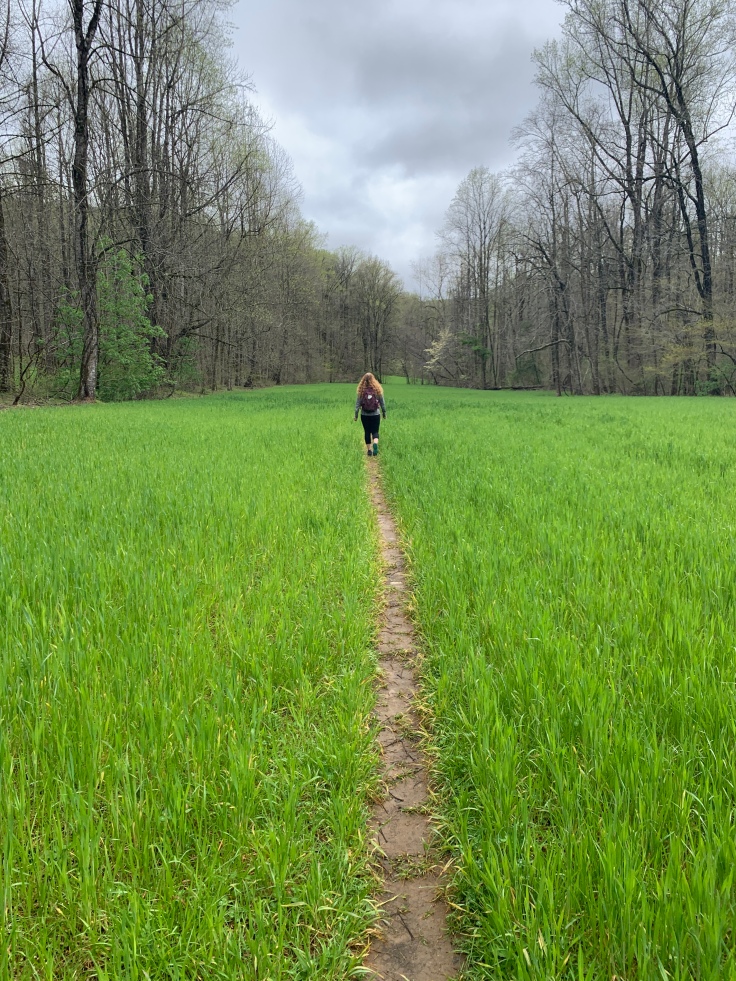 In between field 2 and 3 was our first creek crossing. No way to stay dry. Mike plunged right through it.

On the other side of field 3 we began walking a pretty nice trail in the woods this time. 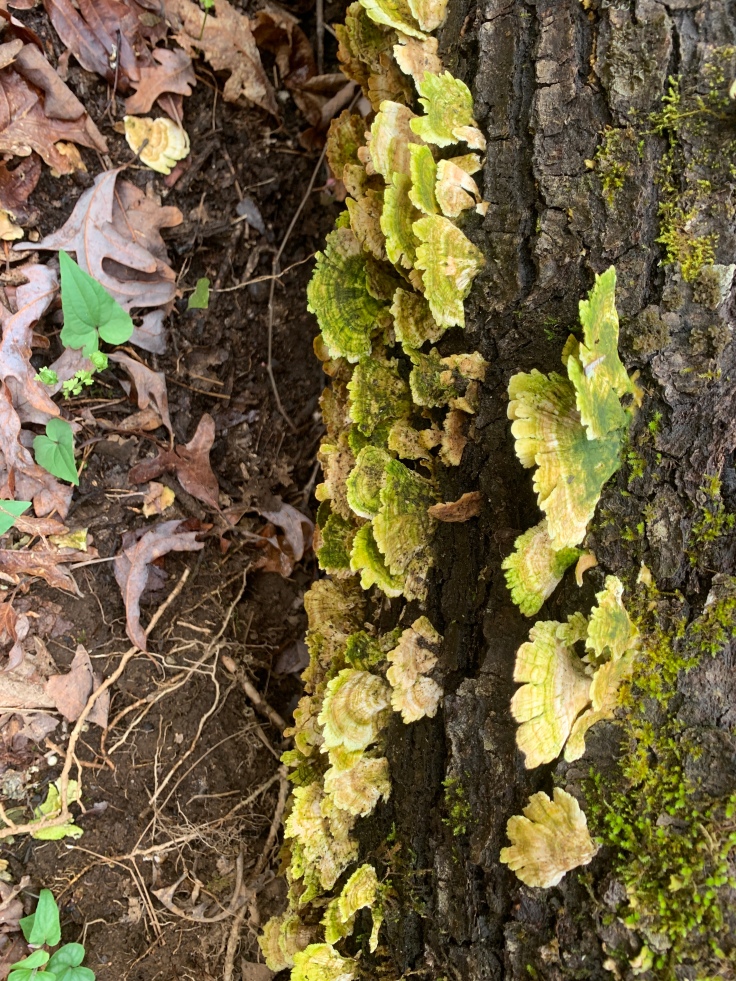 We turn to and go across the creek and head up the creek. It gets rockier and then shortly the falls comes into view. This is a great one! The trail ends at a huge rock wall with this beauty coming over it.

We climbed up the rocks to the end. It was very damp and cool back here. We had some lunch and enjoyed this area. 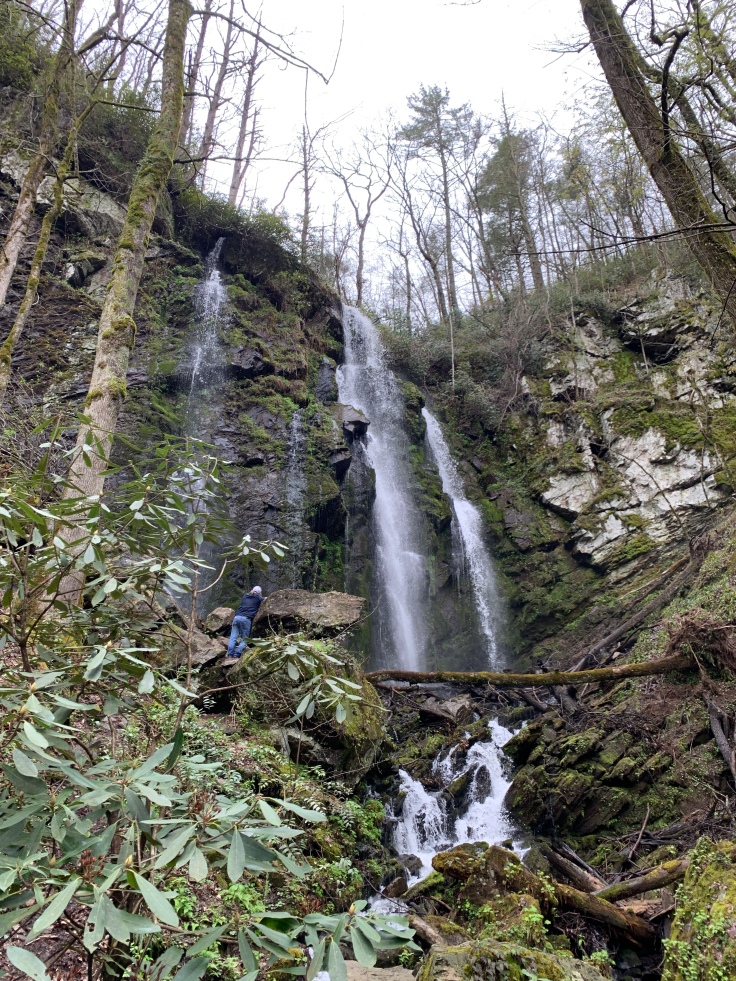 Then we hiked back to the car. 3.8 total miles. This falls is in not near anything. Someone left some paper under my windshield wiper with hand written scripture on it. WEIRD. At least they could of left some nice positive scripture for us. But no random stuff.

We drove home on highway 11 through Pickens County. We found another waterfall and followed the directions to a nature preserve. It was a nice short trail down to a viewing area of this 75 foot falls. This one had 4 different falls in one. 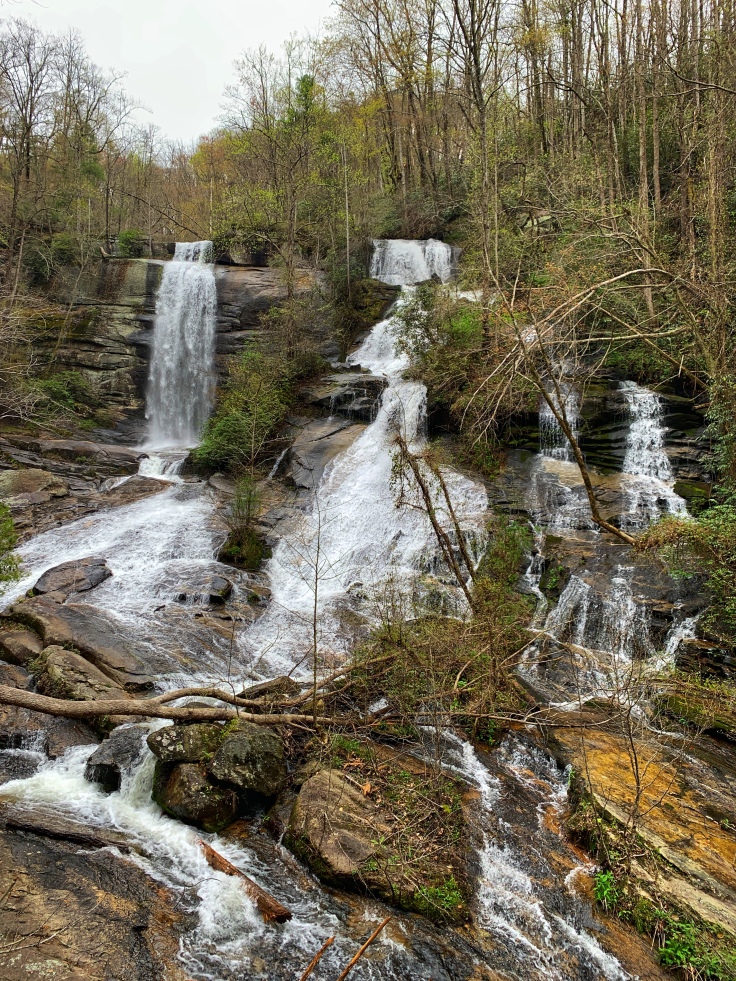 According to the website this falls has more names than an escaped convict. 🤣🤣

I guess each fall could have a name? Anyway it was a beauty.

We got back on highway 11 and were about to pass Sassafras Mountain. Mike wanted to see the highest point in SC so we turned and went up. Last time I was here they were building a new observation tower. That was September. It’s still not done but almost. They built some paths up to the Foothills Trail behind it. As we were almost up there it clouded up big time. Here was his view of the highest point in SC looked like. 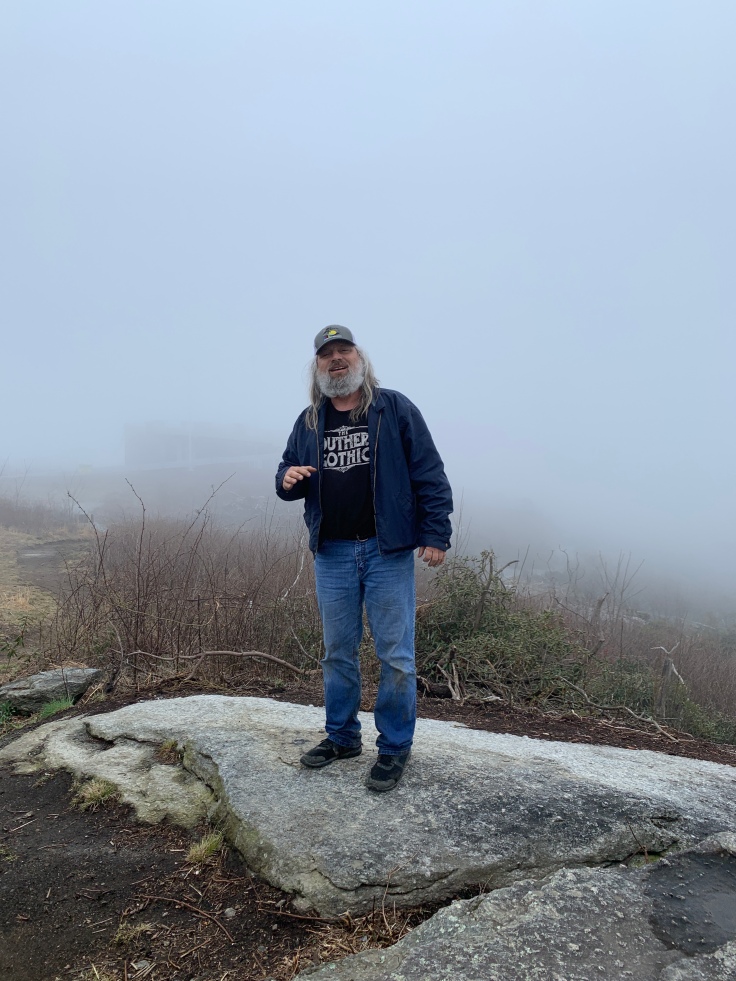 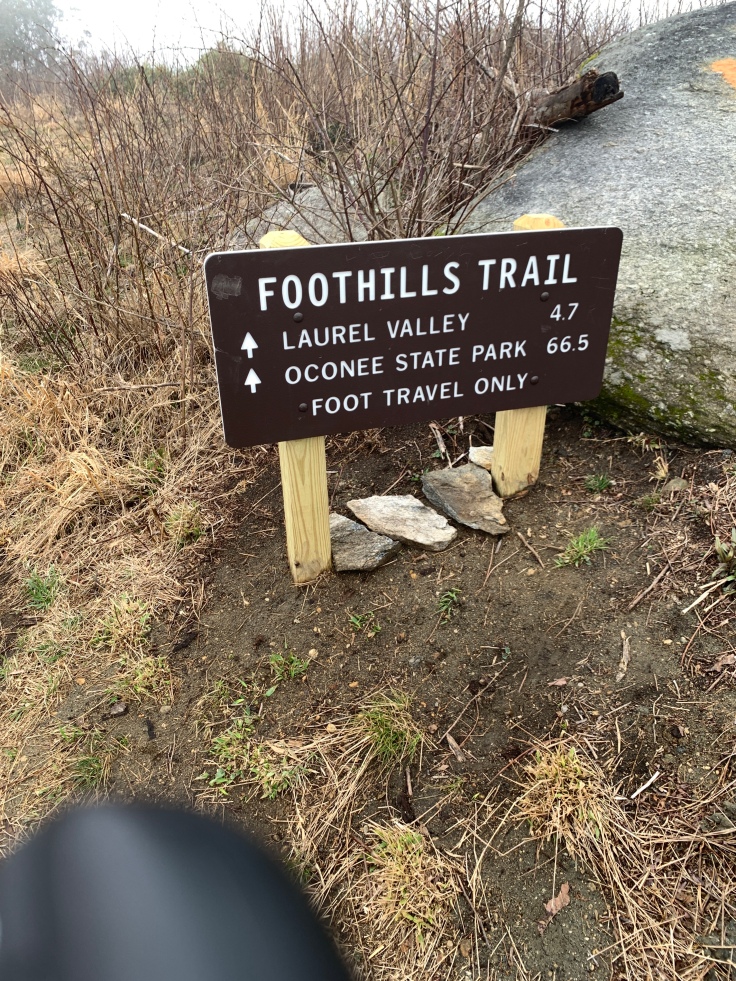 Otherwise there is only an observation deck off to the left with very little view.

Back down the windey road to Highway 11, past Table Rock SC, Jones Gap and Caesar’s head.

There was a BBQ food truck on the side of the road. We passed it and turned around. We were glad we did. It was awesome. I got pork BBQ and real good Mac n cheese. Mike got the beef brisket and Mac n cheese and then a pound of smoked Corned beef. I had never heard of that but it was really really good.

We caught her just as she was closing. Better than a drive through any day!. That was a quick full 24 hours. We headed home.