Sherri, Mary and I 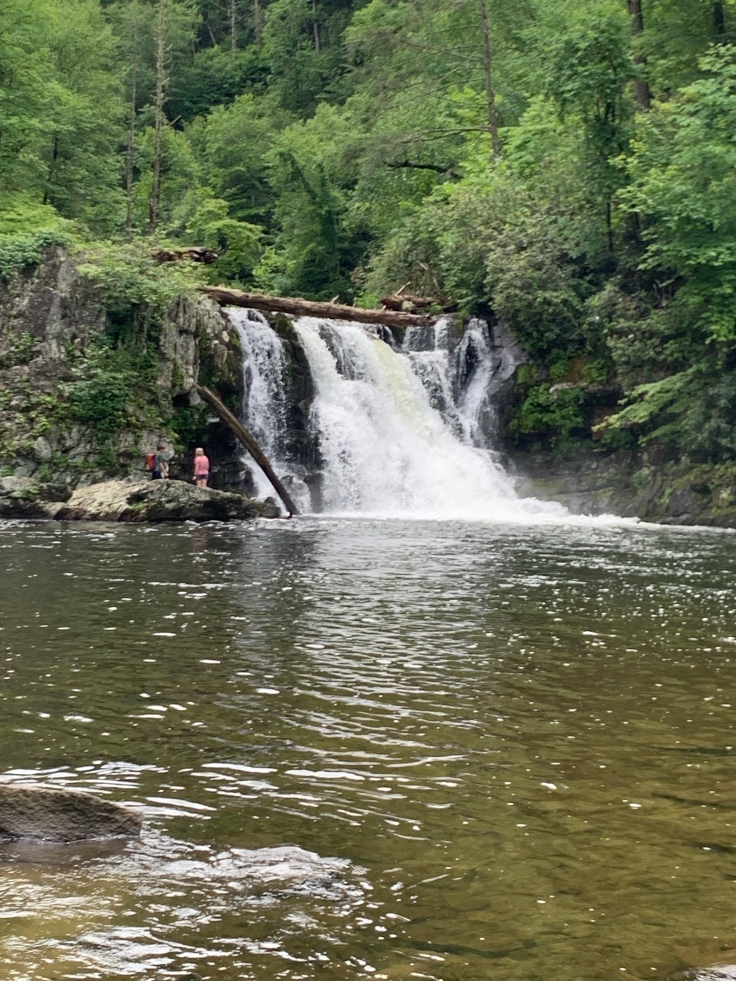 Cades Cove is an 11 mile loop in the Great Smokey Mountains. It’s a very popular spot. Luckily it was Friday and it was a day with a huge threat of rain! This means less people!!!!

When driving through if you see a big group of people out of there cars it means there are bear to be seen. They are usually in the middle of the loop which is full of fields and forest. I believe there are more animals to be seen but we only saw bear this time.

I didn’t get a great pic of this one he would pop up out of the tall grass look around then keep walking.

We continued around the loop past a couple old cabins and old churches. 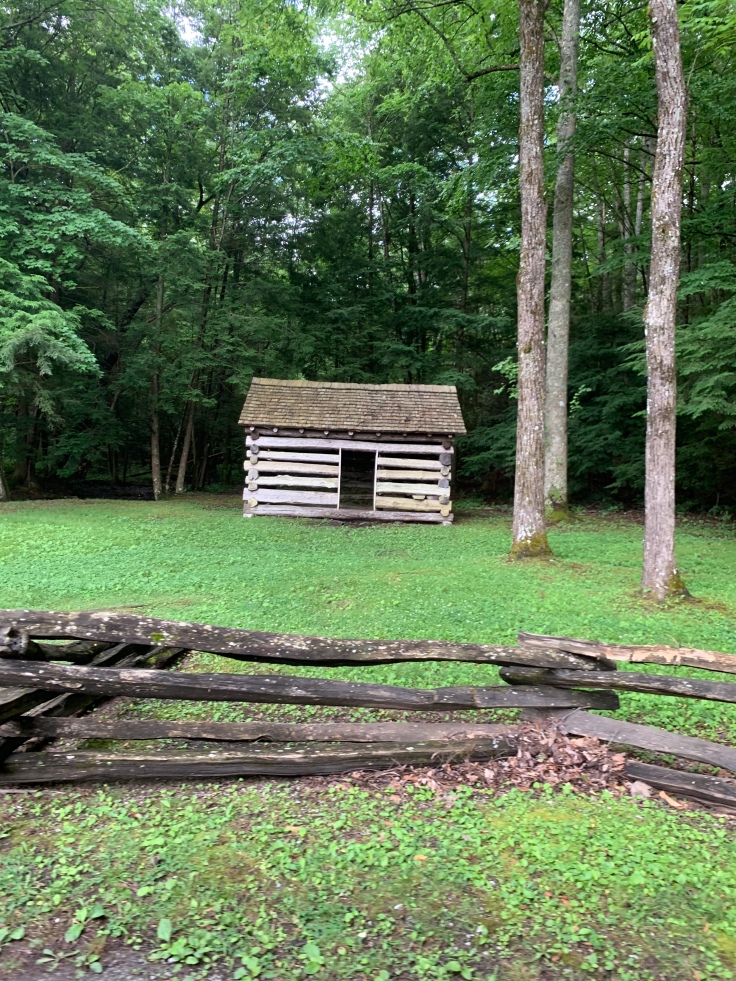 We turned on the road to the Abrams Falls Trailhead. There was a big parking area with lots of cars there. It’s a 2 1/2 mile hike to the falls. At the trail head first go over the bridge then turn left. It’s a nice hike. The pathway is pretty easy. Not much elevation. 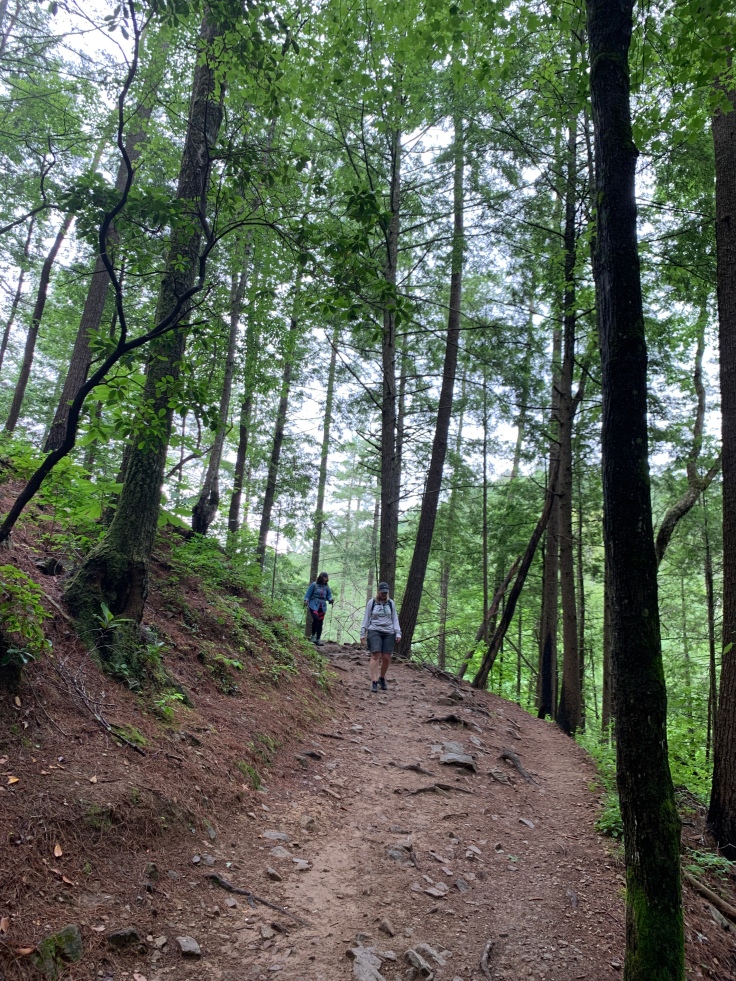 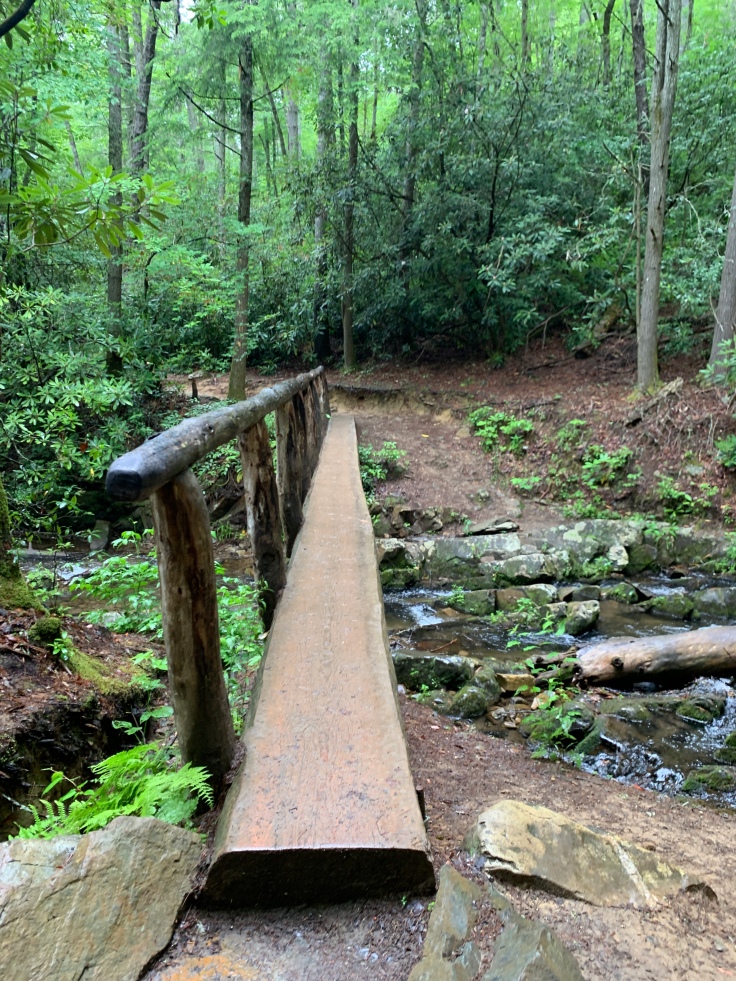 It kind of goes up a bit than over this rock area pictured below. 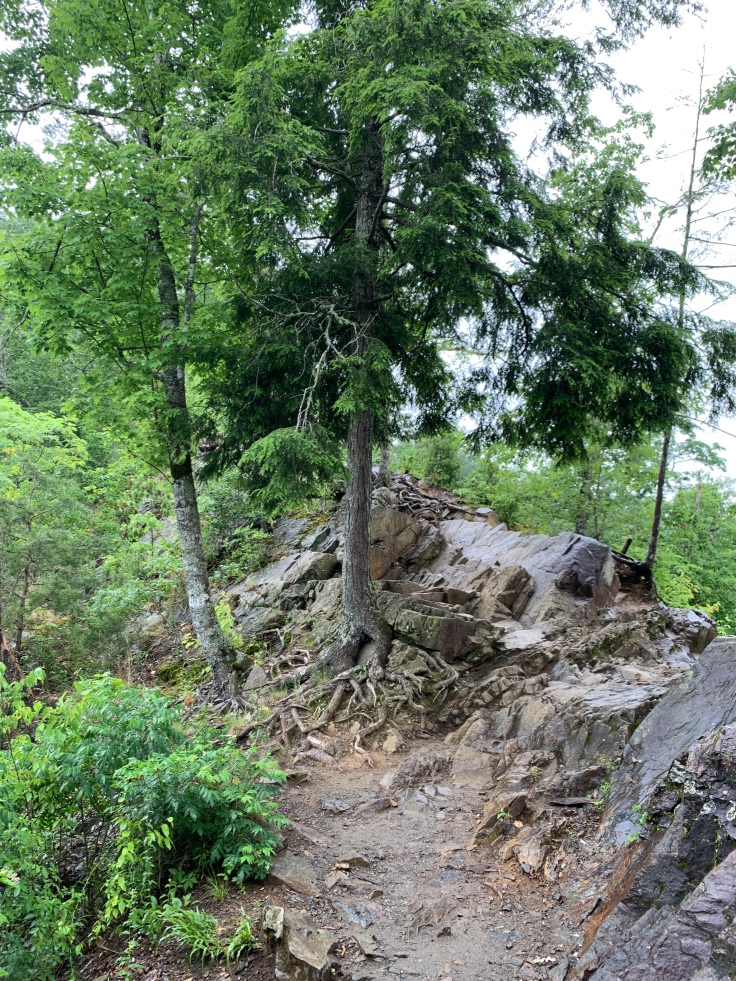 Then it goes downhill to the falls. The sound of the river can be heard most of way. There were some bridges and wildflowers. 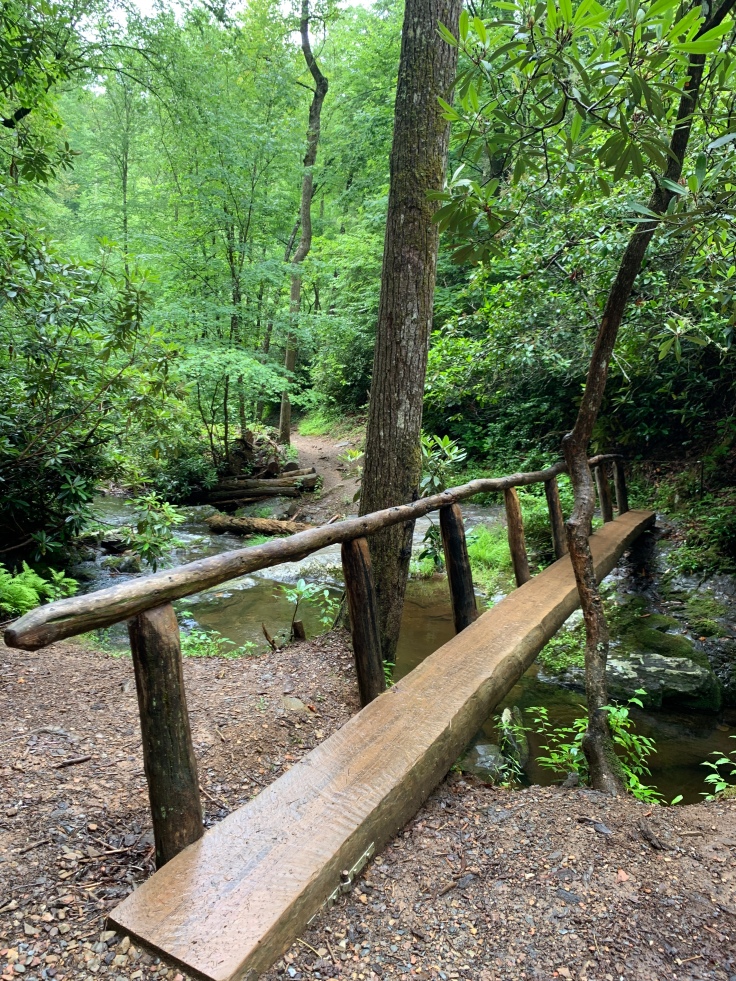 Then turn the corner and your at the falls. It’s a nice one about 20 feet high. It says not to swim there because it has a strong under current. It has a nice big area to get in the water not near the falls.

Obligatory pic of me in front of the falls! 😁

I read that they re-introduced otters here but we did not see any.

It was the most humid day. The rain left us alone even though it was pouring in 3 states. We were just as wet though from the humidity!

We hiked back to the car. We are going to do a high elevation hike tomorrow and I did not hike in May so I decided to try to run the last half of a mile. I’m not much of a runner but I did it.

It is looking good out there. 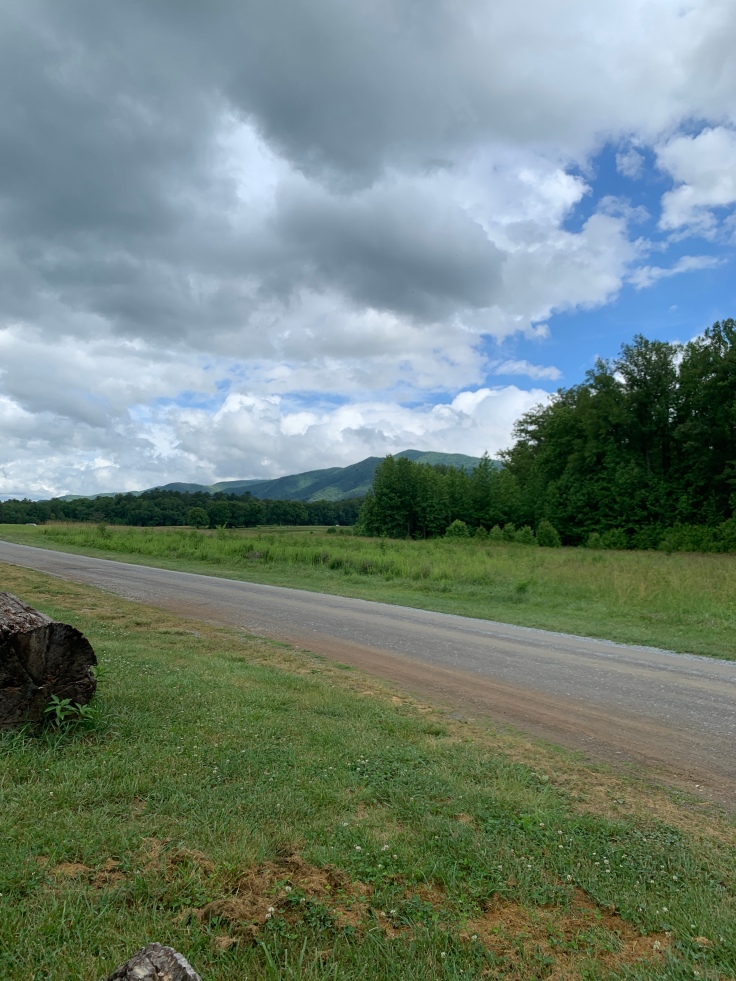 We continued around the loop. There were a bunch of cars stopped so we stopped. More bears. One was pretty close to us. They don’t seem to care about the hoards of people watching trying to get a picture. This is all I got. Sherri got a great video.

He walked in the woods and we continued around the loop and headed back to the campground. As we were driving Sherri noticed something crossing the road. It turned out to be a coyote. He was looking towards a campground. I guess going for food.

We saw some elk on the ride back also.

As we were driving there was a crowd of people at The Sinks. Sherri pulled in and turns out people were cliff jumping. We watched a bit. I got a video of this idiot!

It started raining so we headed back. Then it started pouring. It was a long way back and slow going in the rain.

We decided to grab Wendy’s and head back to the campground.

I managed to leave my purse on the chair. I didn’t realize it until after we got back. Sherri drove me back to Wendy’s. (8 miles!) They wouldn’t answer the phone and I was sure it was gone! Some kind soul gave it to the manager who had it behind the counter! Yay! There are good people out there!

We started a fire at the campground. Chilled for a bit and waited for Brandi to arrive.

One thought on “Cades Cove and Abrams Falls”