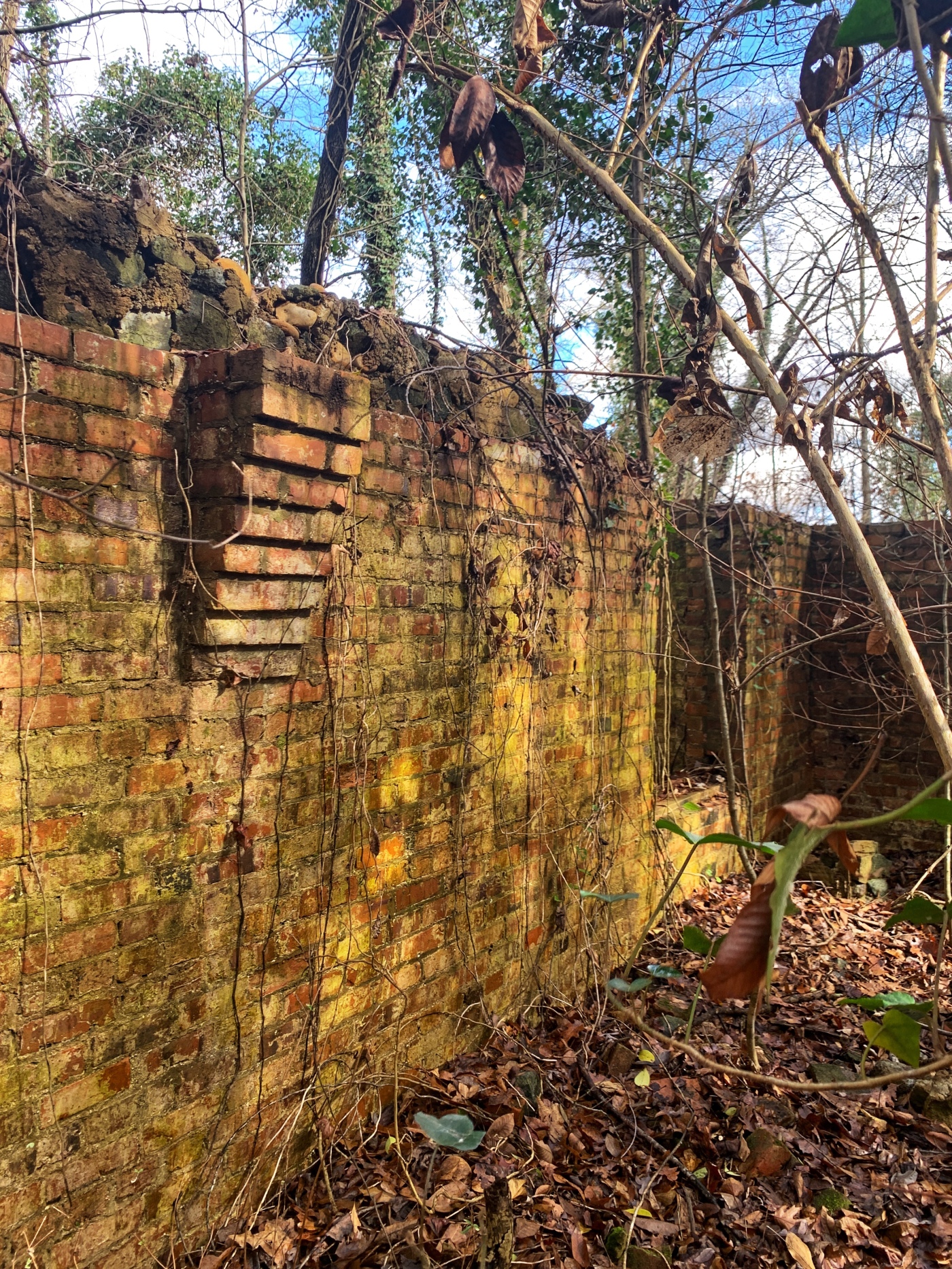 The Catawba River flows right down the north border of Rock Hill. It is dammed at Fort mill which is the end of Lake Wylie. Rock hill has spent a great deal of planning to capitalize on its great assets. This river is used by kayakers, fisherman and tubers. It’s not very wide and it’s not very deep but it’s beautiful. Not the water so much but the unspoiled banks. It belongs to Duke Power so there isn’t much commercial development on it. Except of course in Rock Hill. 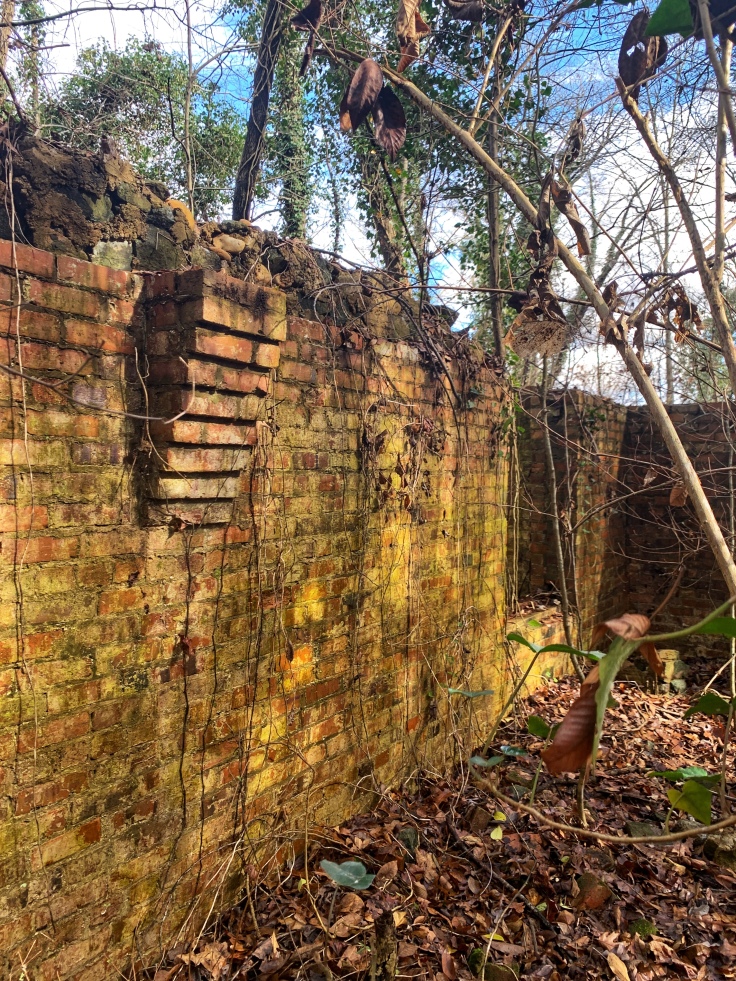 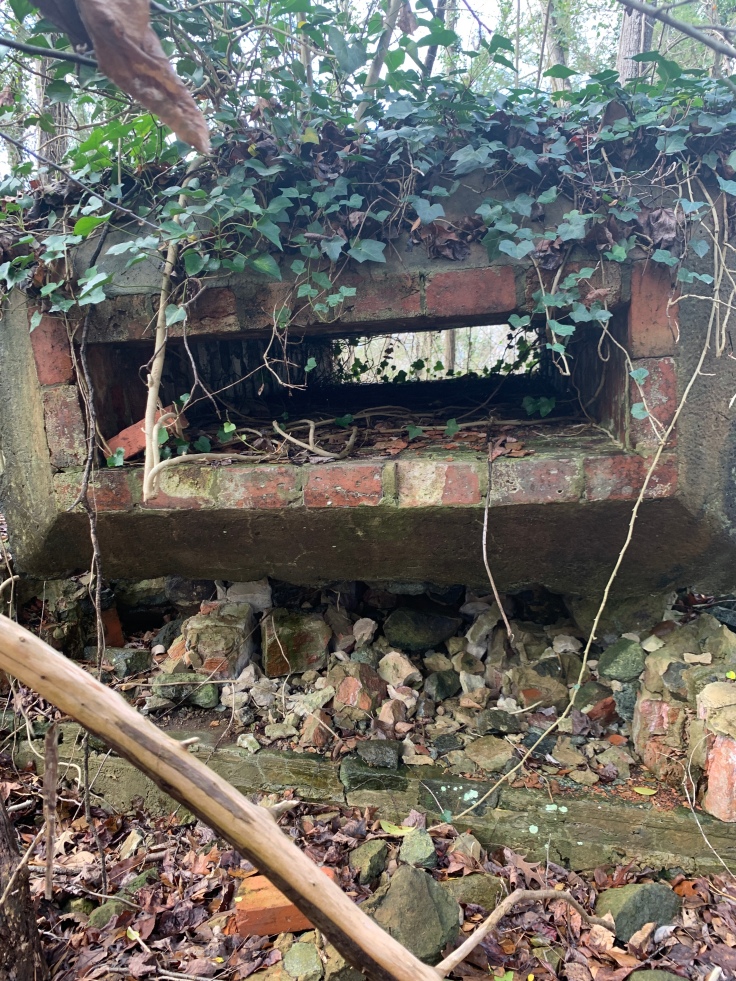 The river walk development starts at Cherry road and is spreading south down river. There are restaurants, shops, condos and houses. Most importantly is a paved trail down the river that keeps the development off the banks. It’s part of the Carolina Thread trail. It now starts near the Fort Mill damn snd goes almost through the Catawba Reservation. 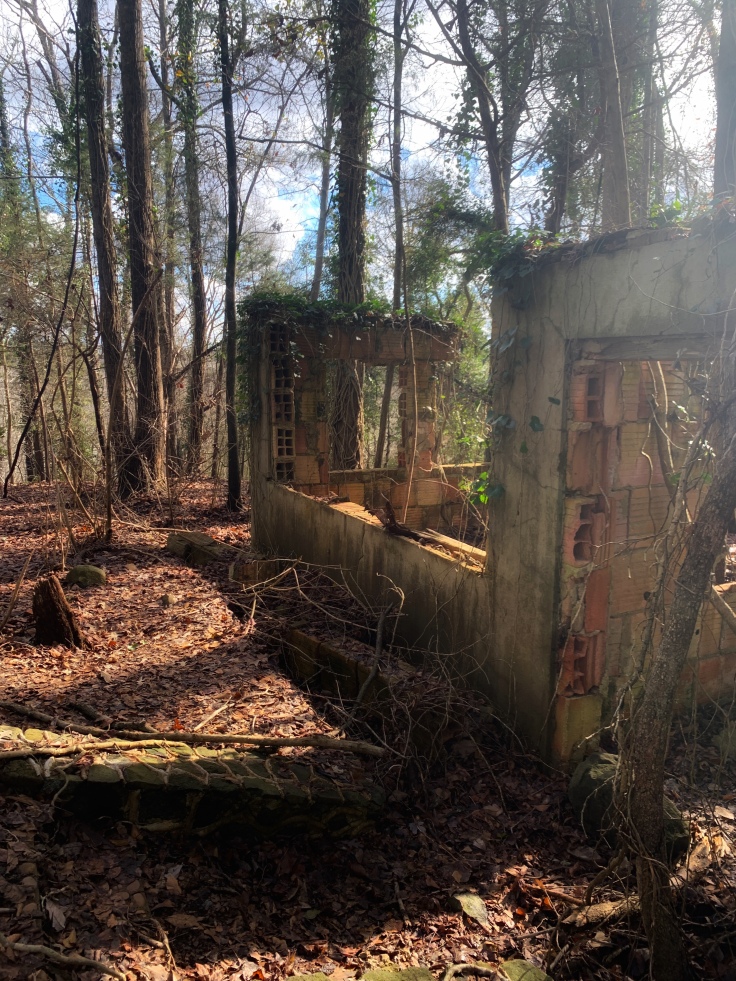 Hundreds of people walk right by this everyday without knowing its there. Just a mile past the start of the paved trail at river walk is the old ruins of the Carhartt mansion. Rock Hill really dropped the ball on this one. Just above the trail but right on the many bike trails is the ruins of two old structures. 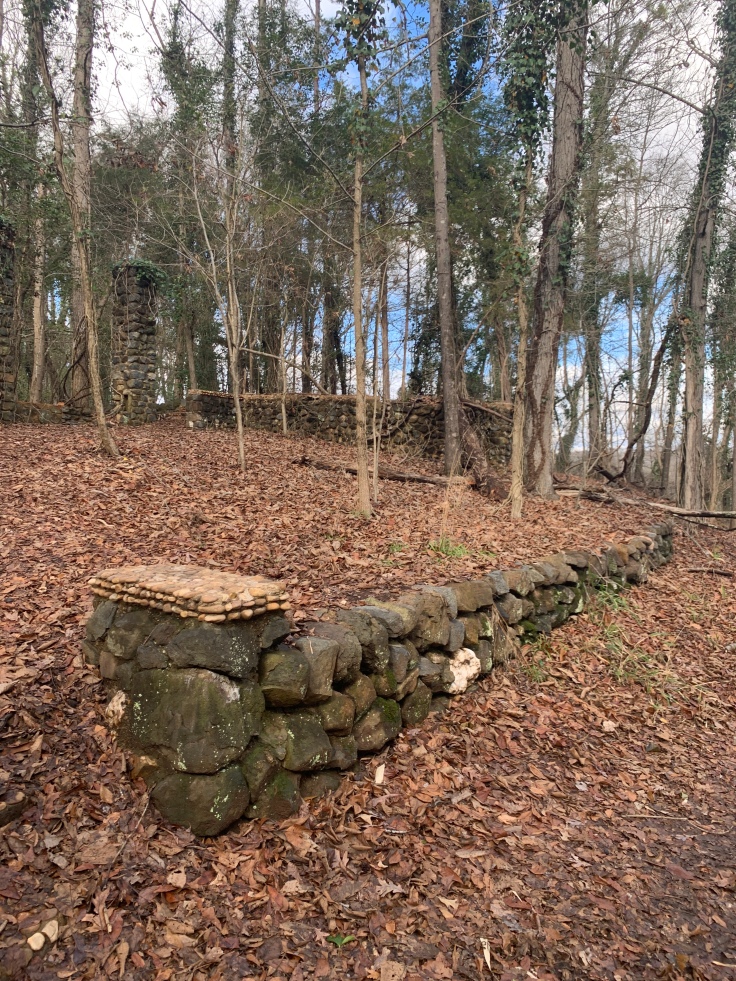 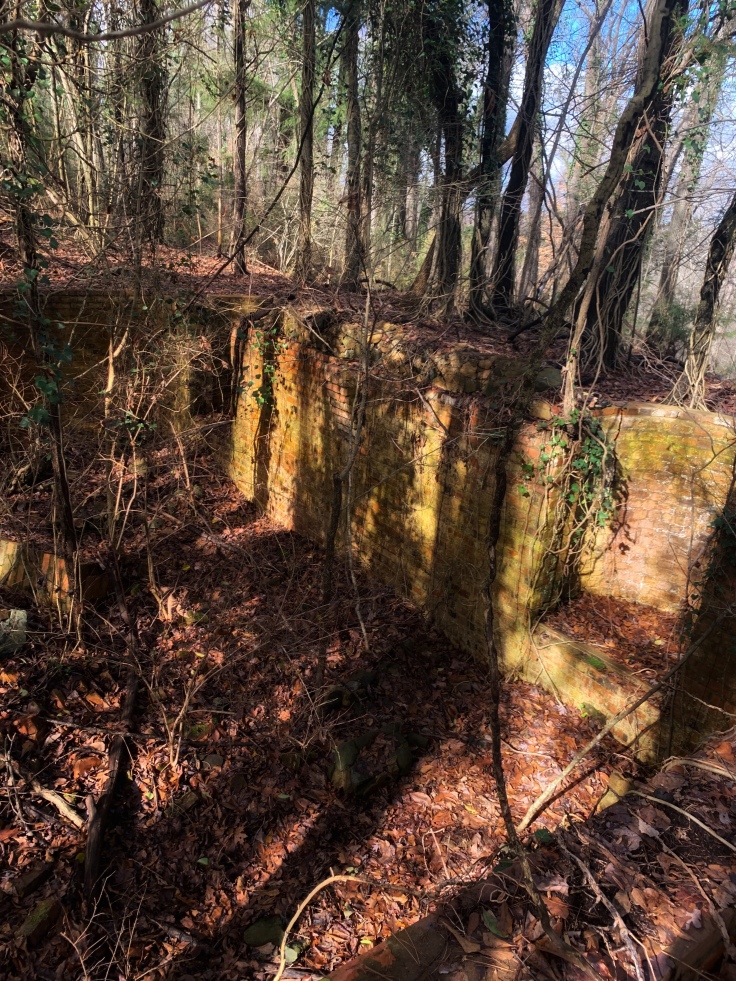 The Carhartt family who owned Carhartt clothes built a home here. There is very little history of the house. It appears it was built in 1929 and was English Tudor. I couldn’t find any photos. They chose a spot above the river that now looks at Springs farms strawberry fields because they had purchased a cotton mill in Rock hill.

The owners died in a car crash just 3 years after it was built and I guess it just sat there. Probably eaten by kudzu. There was two buildings. The only thing left is the stone wall around it. The stone front porch, brick foundations, toppled chimneys and some very mint green ceramic tile that was probably the kitchen. 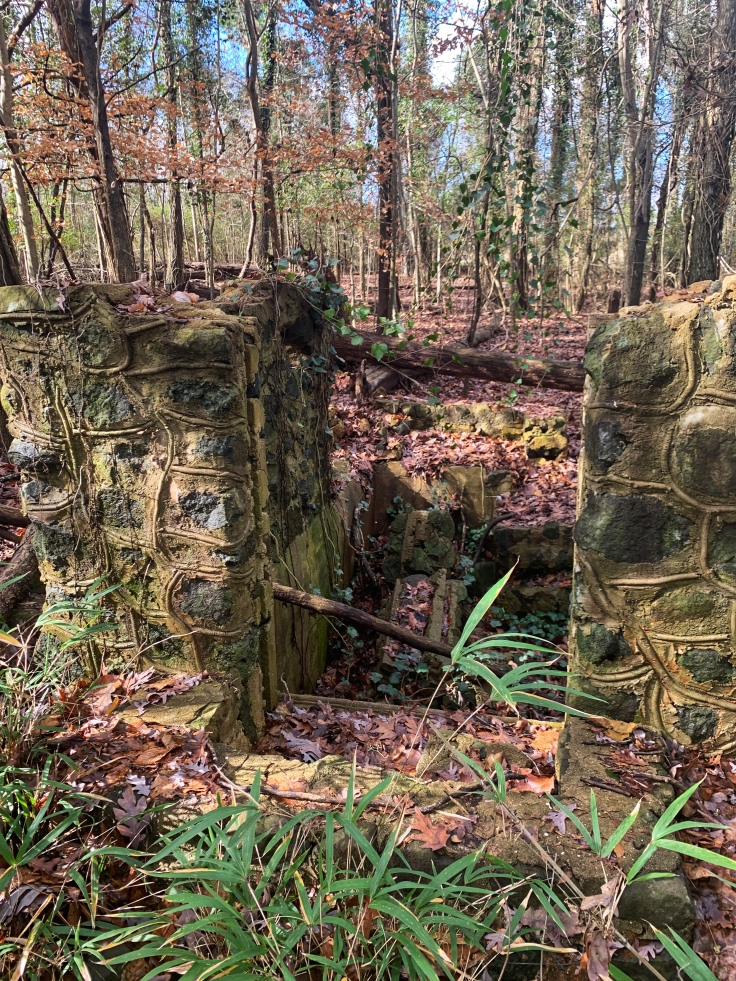 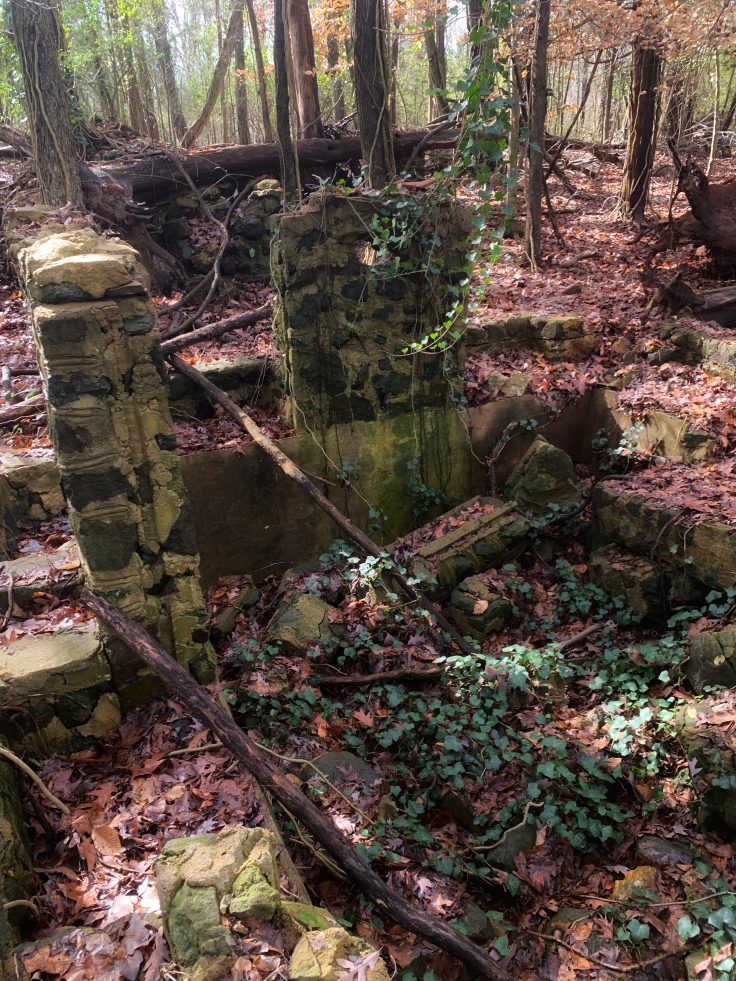 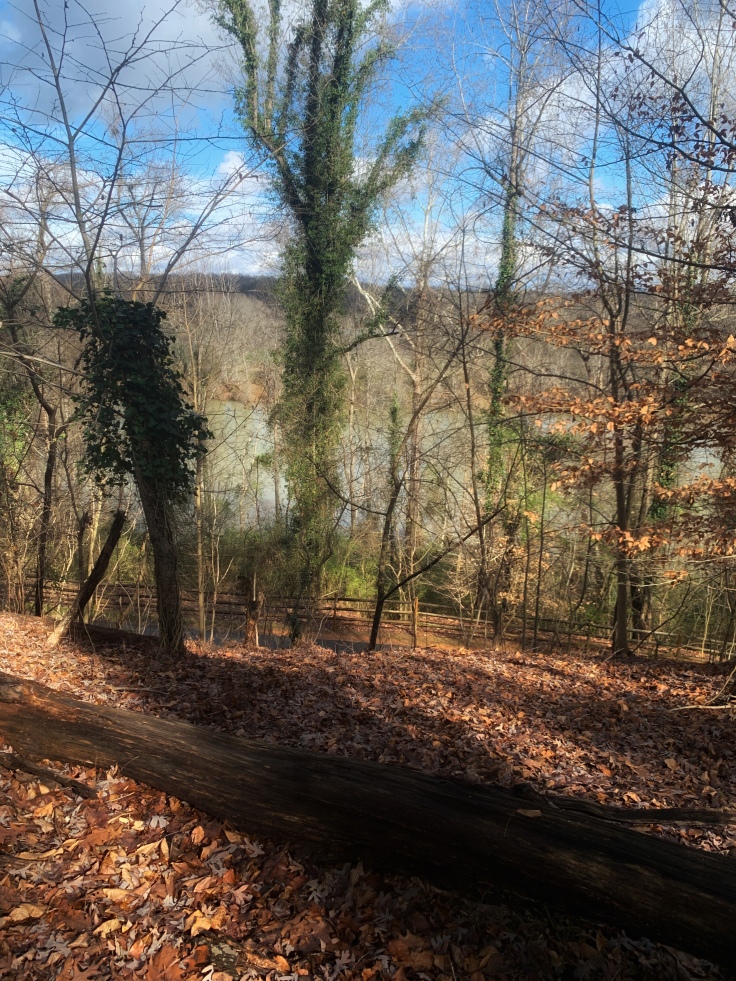 There are tons of mountain bike trails up here now. These are great. There isn’t a view of the river but it’s like walking in nature right in town. We walked about 4 miles of bike trails. They were great. We didn’t see any people on bikes but they must of just had a race because the tags were still up.

9 thoughts on “Mansion ruins in my own back yard”